The Truth Behind Airport Spending Habits 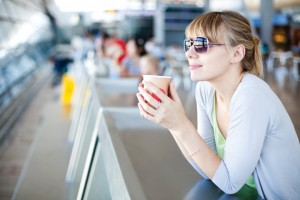 A recent article in the San Francisco Business Times reported on the spending habits of passengers stuck in airports.  While the numbers in the article don’t lie, the interpretation can be misleading.

First, while the article claims that the median food and beverage tab in North American airports is fairly low at $5.15, it is important to note the difference between mean vs. median.   At Philadelphia International Airport, 23% of passengers spent more than $15 on food and beverages in 20121.  While this figure may seem low, this was an increase of over 50% from 2011 when only 15% of passengers spent over $151.

Further, the article does not take into account the percentage of passengers who are not spending anything at all at the airport.  According to the concession and retail giant Autogrill, 50% of people made up their mind about spending before ever getting to the airport2.  Reasons for not buying can be influenced by varied perceptions on quality, price, and variety.  Regardless of reason, if passengers had a better map and layout of the airport along with targeted offers, they would likely be more willing to spend.

Beyond food and beverage, it’s important to understand spending habits on goods.  London-Heathrow retail spending was £541.80 million, or $867 million, which accounts for about 27% of their overall revenue.  Per passenger, they claim “£38.86”; but, multiplying by total number of LHR passengers would equal £2.7 billion.  So what is the disparity?  Over 80% of passengers do not buy retail goods at Heathrow – all of the spending is done by 1 in 5 travelers.

While food and beverage spending is low, it is getting better with better concession variety, more offerings, and an increase in well-known or boutique brands.  Frequent travelers tend to be skeptical and need incentives.

Retail spending has a lot of room to grow.  The good news is, airports worldwide are addressing this opportunity with more and better shopping options, and technology is evolving to make it easier for travelers to buy on the go.

To learn more about how to think like a retailer and sell more, download this free webinar.