Why You Should Hire a Rebel Today

Who needs rules anyway? For some of the business world’s most brilliant leaders, being a “rebel” – someone who deviates from the status quo in a positive way – was their secret to success, and it can be yours, too. That’s according to Francesca Gino, a Harvard Business School professor and author of “Rebel Talent: Why It Pays to Break the Rules at Work and in Life.”

The book, released in May 2018, highlights some of the world’s best innovators – Harry Houdini, Mark Zuckerberg and Napoleon Bonaparte, to name a few – who come from wildly different backgrounds and are separated by centuries yet share one common trait: They all broke from the norm to raise their respective organizations to new levels.

Related: How to Inspire your Staff to be Flexible and Autonomous

Here are five reasons you, too, could benefit from having “rebel talent” on your team.

When you were a child, and something didn’t seem right, you asked, “Why?” This youthful curiosity is paramount to early learning, but as we get older, it seems to wane, as we fall into complacency and stagnation.

It’s the people who never lose that sense of wonder, the urge to always look a little further to find an answer that others around them have given up seeking, and who don’t give up when they’re deterred or discouraged, who make the most valuable assets to a small business.

Related: How to Leverage an Introverted Personality in Business

“When we open ourselves to curiosity, we are more apt to reframe situations in a positive way,” Gino said. “Curiosity makes us much more likely to view a tough problem at work as an interesting challenge to take on.”

They offer a unique perspective

Most airline pilots spend their entire careers repeating the same routine: Check the flight plan and fuel volume, go through the pre-flight checklist, make your pre-flight announcement, prepare for takeoff … but Capt. Chesley “Sully” Sullenberger is not most airline pilots.

You’ve likely heard the remarkable story of how he redirected his airplane after losing both engines and landed in the Hudson River with no casualties. He was a seasoned veteran who studied at the Air Force Academy and served as a fighter pilot for five years before becoming a commercial pilot. Throughout his career, he took time to investigate past airline accidents and understanding other pilots’ mistakes. He understood that though flights are usually routine, the unexpected is always possible. And he never stopped learning.

So when his finest hour came – when he was tasked with landing a plane with no working engines on a collision course toward New York City – those years of learning and expertise kicked in.

Rebels with a talent for diversity fight stereotype bias and recognize talent and potential all around them. Acclaimed filmmaker Ava DuVernay (“Selma,” “A Wrinkle in Time”) took a circuitous path to success, but even after reaching it, she was still asked the same questions in interview after interview: about her background as an African-American, about being a woman in the film industry – about everything but making films.

Related: 6 Steps to Achieving Gender Equality in Your Small Business

“When we’re not careful, stereotypes act like firewalls, blocking new information from penetrating our thoughts and preventing us from changing our minds unless something truly dramatic happens,” Gino said. For DuVernay, that meant not relying on others to advise her and give her support, but to create her own vision and see it through.

“I think there have been cracks made in the glass ceiling by women who can get close enough to hit it,” DuVernay told Time Magazine. “But I’m mostly bolstered by folks who create their own ceilings.”

They’re not afraid to put themselves out there

We’re all afraid to be vulnerable; we fear being judged or losing our composure. But what happens when we push through those fears – when we get out of our own way – is the sweet spot of “Rebel Talent.”

"Rebels, with their unconventional outlooks, change the world for the better." – Francesca Gino (Photo: HarperCollins)[/caption]

When AOL Time Warner was toying with the idea of instituting a flextime policy, executive vice president Patricia Fili-Krushel was having trouble getting her colleagues to buy in. At that same time, her teenage daughter was struggling, and she had been thinking about hiring a therapist to work with her daughter and taking work-from-home days to spend more time with her. She wondered if she should mention this struggle to her colleagues, but she worried it would make her look opportunistic or manipulative. Ultimately, she pushed through those apprehensions and used the anecdote in her proposal speech.

When she finally got her flextime policy passed, she reflected on her decision to advocate for herself while simultaneously touting the value of the policy. “We are all human beings and things happen in life we can’t always control,” she said. Showing that humanity took courage, but is almost always a winning strategy.

“Opening up wins us trust, perhaps even more so when it involves showing weaknesses,” Gino noted. “Revealing our deepest emotions takes courage, which inspires emulation and admiration in the people around us, and allows them to connect with us more quickly and more profoundly. Rebels understand all of this. They are willing to stand ‘naked’ in front of a crowd.” 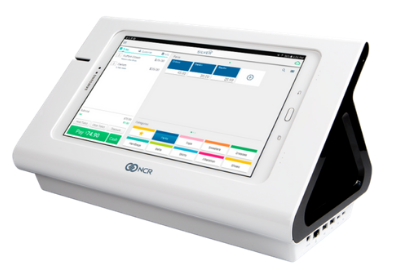 The service of things infographic

How the IoT is transforming the services industry

How to Get Started Offering Delivery at Your Restaurant

From the online ordering system and the menu to the...