What I Learned about Business from my Dad

Some of the most important lessons can’t be taught in a classroom. 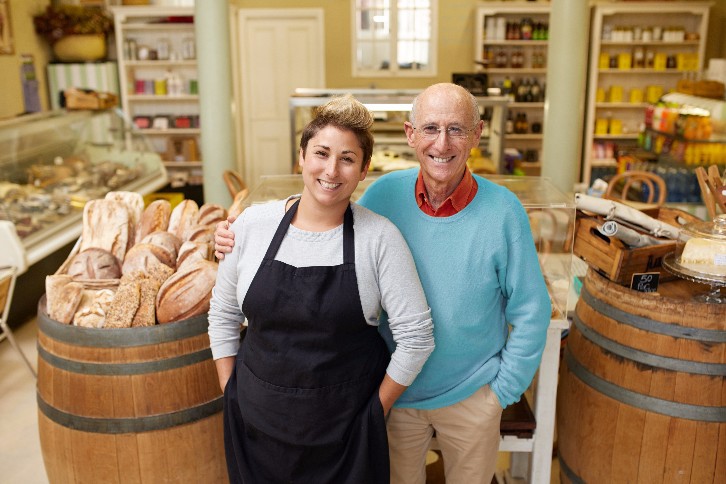 When it comes to family-owned businesses, Dad is sometimes the best teacher. (Photo: Mavo/Shutterstock)

As any business owner knows, some lessons can’t be taught by a book or in a classroom. When it comes to family-owned businesses, Dad is sometimes the best teacher.

In honor of Father’s Day, NCR Silver talked to five business owners to find out the most important business lessons Dad passed down.

Lesson 1: Don’t say no to the customer

Hunter Emerson is the third-generation owner of Quality Meat Company in Grand Junction, Colorado. He shares ownership with his dad, Phil, whose own father started the butcher shop in 1946 after returning from the war.

“I honestly can’t imagine doing anything else. It’s something I’ve done my whole life,” the younger Emerson said.

Hunter Emerson learned from his father, Phil (left), to always offer customers an alternative instead of saying no. (Photo: Hunter Emerson)

What’s the most important lesson he learned from his father? The value of outstanding customer service. “Since I barely knew what meat was, I’ve been watching him sell it, learning what to say and what not to say,” Emerson said.

One thing never to say, he continued, is “no.” “If someone asks for something that’s not available, don’t just say you don’t have it. Offer an alternative. An alternative is always better than the answer no.”

Lesson 2: Show respect to get respect

Michelle Black and her father, Ron Lambright, own Hope4USA, a credit restoration company in North Carolina. They’ve been helping people overcome financial mistakes or misfortunes for more than 15 years, and a lot of their business comes from referrals.

Black, who is president of the company, believes a good business model is only part of their success. Another part: Her father’s sense of respect for both employees and customers, regardless of their circumstances.

“He’s a good listener and takes seriously the concerns and problems of others. At work, if there’s an issue an employee is having, his automatic response isn’t, ‘That’s the way we do it.’ He asks himself, ‘Why is this the policy? Why isn’t this working for my employee?’”

Lesson 3: Learn to trust your instincts

Wes Rockhold was 8 years old when he started going on jobs in California with his dad, Terry Pope, who installed home elevators and stairlifts. “He’d do the heavy lifting and I would get tools for him and set up and tighten things down,” Rockhold said.

Fast forward three decades. Rockhold is now a majority owner in his dad’s company, ACME Home Elevator, after serving in the Navy, earning his MBA from the Kellogg School of Management and working for the Pentagon. He still leans on his father’s advice for the business — but only when he feels he must.

“The best lesson I’ve ever learned from my dad is when he turned the business over to me. He said, ‘It’s your company now. You know what to do. Just think about it before you decide you need to call me because one day you’re not going to be able to call me,’” Rockhold said. “I had to learn to trust my instincts.” 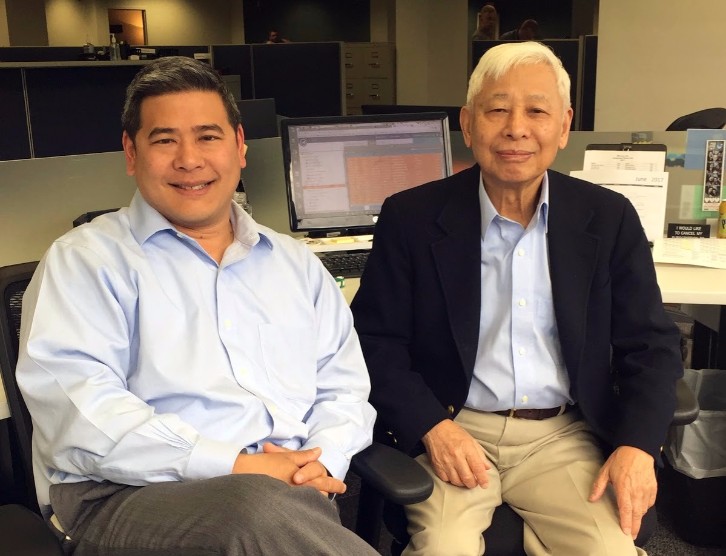 Bill Ho learned from his dad, S.K. (right), to spend money where it will deliver maximum return. (Photo: Bill Ho)

In 1999, Bill Ho had a startup tech business in San Francisco. “I raised all this venture money and angel money, and one thing my father said to me was, ‘Watch your money. Make sure you’re not spending it foolishly,’” Ho said.

Unlike others in the startup world at the time, Ho didn’t throw extravagant company parties. And in 2002, when the business no longer seemed viable, he didn’t keep it running until funds dried up. Instead, he returned as much money as he could to his investors.

Ho sticks to his father’s advice about money to this day, as CEO of Biscom, a secure document delivery company in Chelmsford, Massachusetts. His dad, S.K. Ho, founded it in 1986 and still works there.

“You’ve got to spend money on your business. You’ve got to invest to grow,” the younger Ho said. “But I do it with the mindset of, am I getting the best value? How am I going to apply my limited resources properly to maximize the return?”

Betts Company, a manufacturing business that serves industrial sectors, has been family run in California since its start nearly 150 years ago. Today, Bill Betts is president and chief operating officer. His father, Mike Betts, is chief executive officer and chairman of the board.

Naturally, countless lessons have been passed down through the generations. But the ones that stand out in Bill Betts’ mind aren’t about running or growing the business. “There’s just the basic fabric-of-life stuff: being a kind person, staying even-keeled, not blowing up and making big scenes,” he said.

He feels those “basic good manners” play a big role in creating a “stable, fun place to work. And those are things that can get easily overlooked.”

Betts is especially mindful of those lessons in tense situations that aren’t one-on-one. In those instances, he said, he tries to “save the conversation for a more private place.”