What Entrepreneurs Can Learn from ‘Game of Thrones’

From paying your debts to finding allies in unlikely places, here are six business lessons hidden in this hit series. 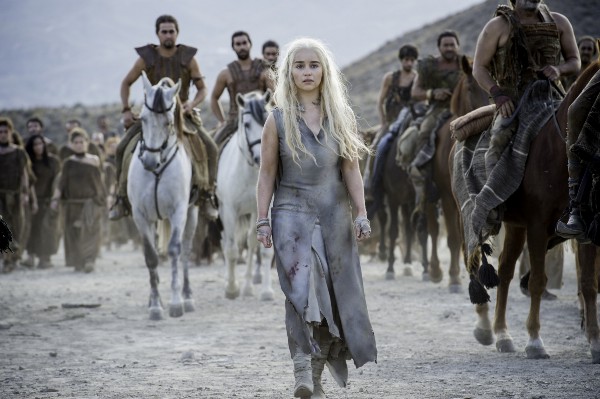 Could you keep the Iron Throne? (Photo: Macall B. Polay/HBO)

HBO’s hit series “Game of Thrones” as viewed through the eyes of an entrepreneur is less fantasy and more boardroom machinations. Each episode about the warring factions of Westeros offers lessons for everyone from the small business owner to the CEO of a rapidly growing startup.

Want to attain your own Iron Throne and claim victory over your competitors? Here are six lessons from life in the Seven Kingdoms.

Nurture your “dragons” to stand out from the crowd

Daenerys Targaryen hatches her dragons, she feeds and cares for them, knowing they will one day be powerful agents in her quest for the Iron Throne.

When entering a marketplace crowded with competitors, it’s important to develop the “secret weapons” — characteristics that make your business unique — that will help you slay the competition in the long run.

Frozen yogurt shop? Your “dragons” may be your appealing coffeehouse atmosphere and unique theme nights.

Don’t be afraid to network North of the Wall

When Jon Snow took up the mantle of the Night’s Watch, the realm North of the Wall was something of a mystery mired in myth. But as Snow soon discovered, this unknown world was host to a number of valuable allies with crucial skills.

As an entrepreneur, straying from the beaten path of competitors and into the unknown can sometimes provide not only critical insight, but also unexpected partnerships, talent and much more.

Constant networking can help you discover new opportunities — and clients.

Don’t get cocky in the arena

Feel like you’re crushing your competitors? Now’s not the time to get complacent. Just ask Oberyn Martell, the Red Viper.

During season four, Martell engages in trial by combat with the freakishly large Gregor Clegane, aka The Mountain. Despite his disadvantage, Martell overwhelms him with his athleticism and skill with a spear. But instead of striking the final blow, he stops to gloat — and is caught off guard by The Mountain, who swiftly dispatches him.

Instead of cockiness, strive for confidence, said Dale Partridge of StartupCamp.

“Self-esteem and personal fortitude are characteristics you must decide to sharpen,” he wrote. “Confidence is about what you believe you can produce in the present. It’s the manifestation of your level of self-worth.”

Harness your inner Tyrion Lannister in search of knowledge 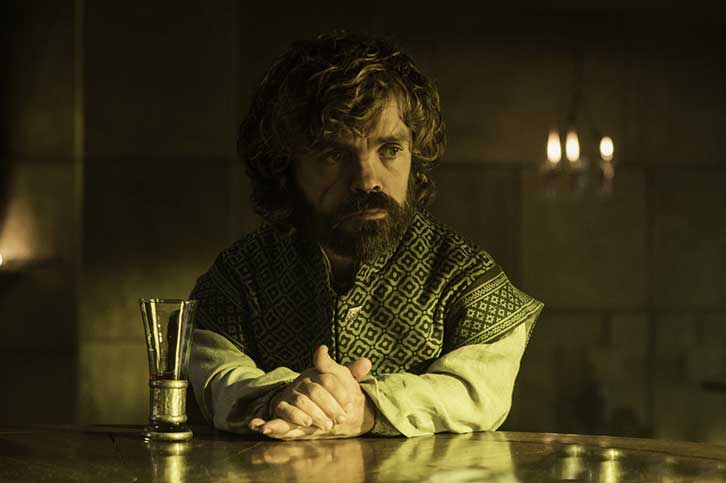 While the rest of the players on “Game of Thrones” are busy beating each other up, Tyrion Lannister has taken to using his mind and cunning to defeat his enemies.

“My brother has his sword, King Robert has his warhammer and I have my mind…and a mind needs books as a sword needs a whetstone if it is to keep its edge,” Tyrion said in season one. “That’s why I read so much Jon Snow.”

The key to finding success in business is to never stop learning about your industry, your competitors and your customers. Every day should bring with it some new discovery in knowledge that can help build your business.

A Lannister always pays his debts

This Lannister family motto is one of the best-known lines in “Game of Thrones.” Such a creed is important for entrepreneurs.

Before taking on a sizable business loan, have a plan in place for getting out of debt and building up your credit — aka a business plan. Know the difference between good and bad debt, and understand what the right debt to credit ratio is for your business.

Remember that you also owe a debt to your best customers. Reward them for their business (check out these customer appreciation gifts) and turn them into loyal brand ambassadors in the process.

Be fair and not feared

Vicious tyrants abound on “Game of Thrones,” with characters like King Joffrey and Ramsay Bolton using fear to inspire loyalty. In the world of business, there are plenty of entrepreneurs who employ a similar style of leadership — but it’s not one you should emulate.

“All entrepreneurs have to take risks and provide leadership to succeed, but driving yourself and your team with fear is not the answer,” wrote Mark Zwilling. “The best leadership is providing real motivation from the work itself, and the drive to build something lasting. Fear has no role in either of these.”