Here's how to draw in crowds for the Big Game. The biggest football game of the year happens on Sunday, February 4. While many people choose to watch at home, it can be far easier and even cheaper (for would-be hosts) to take the watch party public and head to a nearby bar.

There’s likely some competition in town, so your bar will want to get a little creative to woo customers. Advertising smart specials and promotions can help make your bar the place to be at kickoff.

Whether or not your bar is located in a city with a vested interest in the game, there are pockets of fans of nearly all teams nationwide. Consider offering a discount or other promotion to fans decked in game day gear — whether it’s that of the teams actually suiting up that day or of a local team that fell short.

If your city does have reason to cheer on game day, don’t limit yourself to the obvious promotions. During the 2012 game, New York City bar Foley’s NY Pub & Restaurant reportedly banned the sale of Boston-based beers on the day of the big game. The idea was to encourage patrons to drink locally produced brews instead of beer produced in enemy territory.

Don’t want to cut off the sale of any of your inventory, even for just a day? Consider discounting local beer (or beer made in the city you’re cheering for) on the day of the event.

If you’re going to throw a tailgate party, make sure yours stands out. Many bars throw tailgate parties, but a lot of them focus solely on the type of food served, like quesadillas, chicken wings, spinach artichoke dip and the like. Eddie’s Bar and Grill, in the Tampa Bay area, goes all-out for their tailgate party, including live music, parking lot games, grills and smokers and, of course, food and drink specials.

If it’s the Patriots vs. the Falcons, let’s say, offer clam chowder and fried chicken. Green Bay could mean cheese curds or fish, and Pittsburgh could mean pierogi.

Consider developing a quick and easy cocktail for each of the two teams playing. Syndicated, in Brooklyn, created two specialty cocktails for last year’s game: a Colorado Bulldog (vodka, Kahlua and a splash of cream, topped with Coca-Cola) for the Broncos and an Ice Pick (iced tea, vodka and lemon juice) for the Panthers. 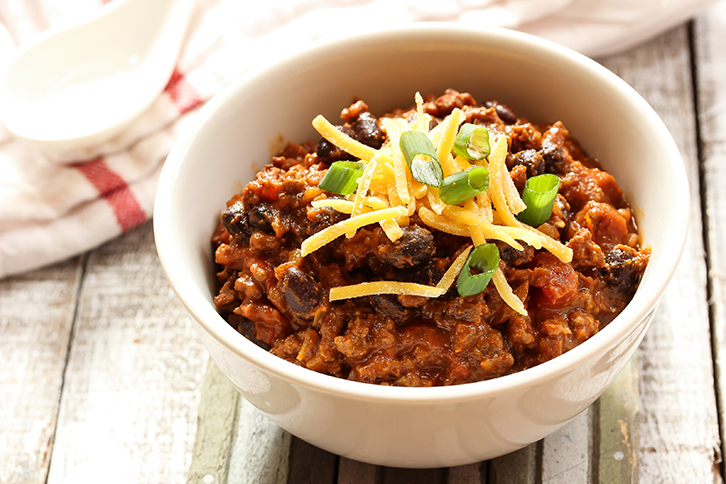 Beyond being fun and festive, chili cook-offs and other food-based contests result in good eats and embody the day’s competitive spirit. Chicago bar Howells & Hood hosts an annual “Super Chili Bowl” competition, pitting its chef against two other local establishments. Customers decide the winner after the third quarter.

Show something besides the game

Would your customer base rather do anything else than sit through a televised football game? While more than 100 million people watched the big game last year, not everyone’s all about football that day.

If your core customers aren’t interested, consider playing up that your televisions won’t be showing the game, or frame your event around something else on TV that night that your customers might be more interested in. (Puppy Bowl, anyone?)