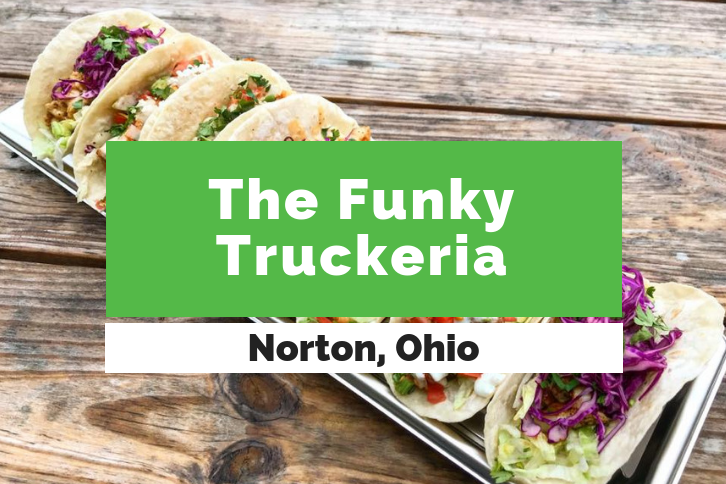 Offering free food is a sure-fire way to attract more customers, but that’s only part of the reason why meals are on the house for veterans on Veteran’s Day at The Funky Truckeria. The veteran-owned business located in Norton, Ohio, is run by business partners Juan Gonzalez and Steve Sabo – a Navy veteran whose made it his mission to endear other service members to his restaurant with a year-round ten percent discount. 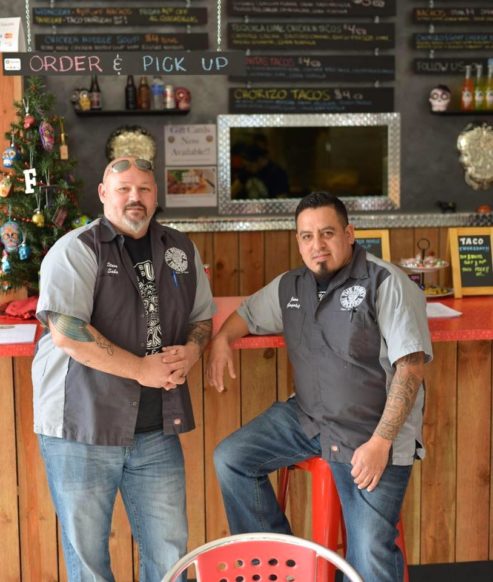 “I joined the Navy in 1987 and was employed as a chef for nine years. Even though I was stationed in the US, we traveled overseas pretty regularly, which allowed me to take in the culture of places throughout Asia and Australia and so many other places,” says Steve.

In these environments, Steve gained a worldly appreciation for other cultures and began incorporating new cooking techniques and spices into his cuisine. It was then that he fully realized the passion that would fuel his fire as a future restaurateur.

“Being deployed really opened my eyes to how appreciative we should be living in the US,” says Steve. “We have so many opportunities that people around the world will never have. My time in the navy inspired me to create my own path and pursue what I am passionate about.”

From food trucks to full-service restaurant

Connoisseurs drive for hours to get a taste of the award-winning tacos at The Funky Truckeria.

Opening a new restaurant can be a bit of a crapshoot, so Steve got started six years ago with his own food truck. Appropriately named “The Orange Trük,” he found early success by selling a variety of different chef-driven foods. Three years later, he teamed up with Juan and opened The Funky Truckeria, focused on selling funky tacos filled with cheese and traditional Mexican spices – a nod to Juan’s heritage.

Their twist on the traditional taco proved effective when they started winning awards like The Best Taco Restaurant in Northwest Ohio, Best Chef in Akron, Best Mexican Restaurant in Ohio and many more.

“From the start, our business really took off because we were unique and opened just before the food truck industry became as big as it is now. Even now we do our research and try to separate ourselves from the competition,” says Steve.

After a couple years of success, they decided to open up a commercial kitchen as a place to cook and keep up with the bandwidth of incoming orders. From there they expanded into a full table-service restaurant. With the help of NCR Silver, they’ve been able to unify their food trucks with their restaurant and view all reports with one login.

“We made the switch to NCR Silver two years ago and haven’t looked back since. My business partner and I love it. We tried every point of sale on the market and nothing worked better than NCR Silver,” says Steve. “I never want to switch from NCR Silver. Our business has really taken off and we love having a reliable POS to help,” says Steve.

One of their favorite features is NCR Silver’s flexibility. The team is able to integrate third-party apps like ChowNow with the POS system, and never have to worry about downtime or losing data. “We keep spare iPads in case we have any issues with one, so we’ve backed them up. If there are ever any glitches, we can switch devices and be up and running with the software on a new device in minutes to get back to taking orders.”

Another great benefit is that it has reduced training time compared to other POS systems. “NCR Silver is incredibly easy to use,” says Steve. “My employees and I have become experts in only a matter of days.”

Veteran-owned businesses make up nearly 10 percent of all small businesses, here’s a short list of other great destinations to show love on this day and every day:

As well as select Pretzelmaker and Great American Cookies locations! To Steve and all veterans on this day, thank you for your service.