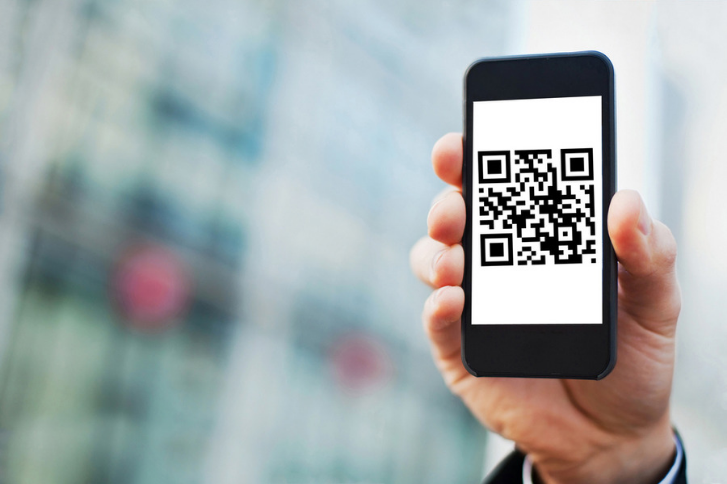 Now you can search customers by QR code with NCR Silver 4.9. (Shutterstock)

If you’ve read a magazine in the past several years, received promotional pieces in the mail or even used a loyalty app at your favorite coffee shop, you’ve likely seen the funky, pixelated little square barcodes known as QR (Quick Response) codes. But what are they?

Simply put, it’s a very easy way of transmitting information. When a QR code is scanned using a tablet, smartphone or other mobile device, a lot of information can be transferred in a matter of seconds.

While eight years ago, QR codes were touted as the future of information sharing, they’ve really taken off not just in marketing, but at the checkout counter. They're being applied in a variety of new business uses — from tracking packages and promoting events to redeeming loyalty rewards and even making payments.

That's why we've expanded their power in NCR Silver 4.9 — available now. Previously you already had the ability to print QR Codes on customer receipts and program them to configure a URL. A great way to "direct the customer to a website to view a menu, make future reservations and view specials or upcoming events,” according to Shawn Hagist, product director at NCR Small Business. NCR Silver Pro Restaurant users can also use QR codes as a fast way for customers to redeem gift-card credits.

But now you can use a QR code to quickly link transactions to a loyalty account and speed up transaction time. Often third-party loyalty systems offer codes that contain customer information, like phone numbers and email addresses, so now you can scan it at the point of sale and find customers immediately. MUCH faster than having customers recite personal information to the cashier each time.

Want to know more about this scannable tech? Here’s the lowdown on how QR codes are making a comeback in the business world.

A brief history of QR codes

QR codes were invented in 1994 by Denso Wave, a Toyota subsidiary, to help optimize the car manufacturing process, said Suresh Dakshina, president of Chargeback Gurus, a company that helps manage and minimize credit card disputes for small and midsize businesses.. Instead of taking time to thumb through a large manual, workers could scan a QR code on the part and immediately access all the information needed to assemble the component.

The main difference between a QR code and a traditional barcode is the amount of data the image holds, Dakshina explained.

“With a [one-dimensional] barcode, all you are able to scan is one thing — which is the part number or the manufacturer number. But when it comes to the two-dimensional [QR] code, you can actually transmit 300 times more data than the barcode.”

In 2010, the first QR code scanner applications were developed for smartphones, and brands like Macy’s and Best Buy started using the codes in marketing campaigns. But as with any new technology, widespread adoption takes time, so it took a while for consumers to catch on to what companies were trying to do — and for brands to learn how to use QR codes more effectively with consumers.

Today, QR codes are more widely recognized by the public, but marketing is still the top application. Why? Because they can be programmed to perform very specific tasks for the consumer. Scanning a QR code on an item label can take the user to a personalized landing page with more detailed information about the product. It can even open up a pre-populated shopping cart on an e-commerce site, dial a number on your phone or log in to a store’s free Wi Fi.

QR codes are making a comeback in marketing and at the register. (Photo: Zapp2Photo/Shutterstock)

Interestingly, QR codes are also making their way into other parts of the consumer experience — namely, at the cash register.

“QR codes are coming back in a big way, facilitating mobile payments for users around the globe,” said Dakshina. “All you have to do is scan it and payment gets transmitted to the merchant. The funds are delivered and the goods are handed over to you. It happens much faster. The three-step process was eliminated to a one-step process.”

According to Dakshina, there are two routes to QR-code payments for merchants. The one described above is the consumer-presented method, and the code is linked to a shopper’s credit card information through their mobile wallet application. 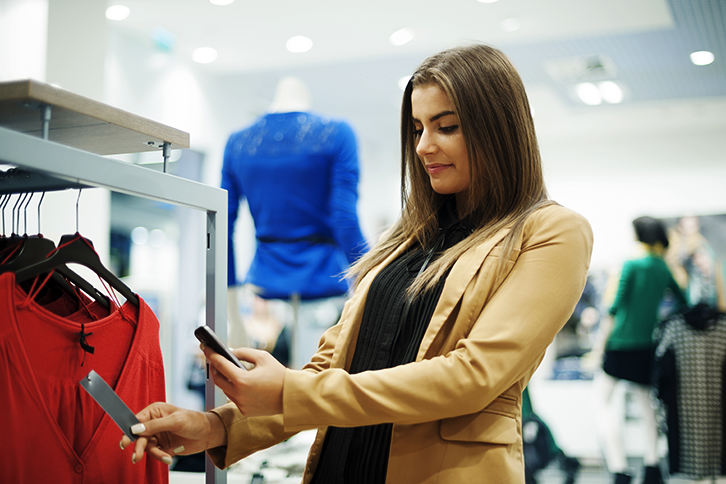 With a merchant-presented QR code, shoppers can scan items as they shop. (Photo: gpointstudio/Shutterstock)

In the second option, called a merchant-presented QR code, shoppers scan items as they shop. A code is then presented at the register that the consumer scans in order for the transaction to take place.

“It all depends on how the merchant wants to accept the payments,” he said.

Related: Top 5 Features of the Newest Version of NCR Silver Pro for Restaurants

According to Dakshina, QR-code payments are gaining public interest in the U.S. and other western countries because of widespread success in China.

“Almost 80 percent of the people in China are using smartphones right now, and they were constantly looking for new ways of streamlining payments,” he said. “Last year alone, China processed $5.5 trillion, just with QR codes. It’s a very streamlined payment, so now companies are trying to leverage the same technology here as well.”

Historically, there’s proof that streamlining the payment process boosts the economy. In the first two years after credit cards were introduced as an alternative to cash, transactions increased by 25 times, Dakshina said. He estimates that QR codes will increase total transactions by three or four times that of credit cards, simply because of how painless it makes the payment process for consumers.

As the technology continues to improve and become popular among Western consumers, the innovative ways small businesses can leverage this scannable tech will only increase.