The man known as 'Sweet Genius' dishes about his highly coveted cakes, his early years as a dancer and the importance of finding a mentor to help guide you to success. In the world of cake design, there is no room for mediocrity. Artistry, precision and reputation rule, and competition is fierce. It’s a world Ron Ben-Israel, renowned pastry chef and owner of one of the best couture cake studios in the United States, has embraced with open arms.

Since opening Ron Ben-Israel Cakes in New York’s hip SoHo neighborhood in 1999, the Israeli-born Ben-Israel — who turned to the culinary arts after a long career as a dancer — has been commissioned by some of the city’s finest hotels, including the St. Regis, Ritz-Carlton and Waldorf Astoria.

Among his most memorable creations is a towering 100th birthday cake for The Plaza Hotel, a replica of the famed New York landmark measuring more than 12 feet tall and serving 1,500 guests. He’s also a regular on the Food Network circuit, having hosted and judged on such shows as “Sweet Genius,” “All-Star Gingerbread Build” and “Cake Wars.”

With all his success and accolades comes plenty of perspective, lessons and advice. NCR asked Ben-Israel where all that drive and perseverance comes from and how he was able to turn his art into a highly successful business. 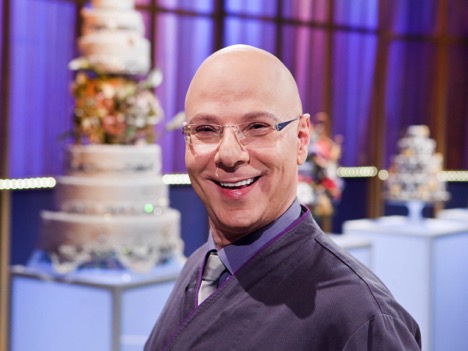 Ron Ben-Israel owns a couture cake design studio in New York and is a regular on the
Food Network. (Photo: Courtesy of the Food Network)

You were a dancer. How did you make the shift to cake design? - Well, like all transitions, it took time. If it were up to me, I would have continued dancing forever, but my body was giving up on me as the years progressed. The last paid job I had was dancing the role of a father, so I could see the end was nearing. I started using my other skills to make a living; since I went to art school, I worked for showroom artists and also produced store windows and displays. I was always interested and able to bake, so at the same time I would make pastries and cakes. Until one day, both directions became one!

You often give credit to your Israeli army training for your success. What about the army made you a better businessman? - Ballet and army training are not that different; they both stress repetition, discipline and keeping to goals. I applied the organization I learned at the IDF (Israeli Defense Forces) to my business practices. Organization was always important to me, as well as not giving up. Since the IDF is a melting pot where one meets Israelis from all walks of life, I was ready to communicate with clients and other business with ease.

Once you realized you had a talent for cake design, how hard was it to turn it into a business? - Actually, I never planned to have a business. I was producing cakes as a freelancer, and as the orders kept coming I realized that cake design could be a full-time pursuit for me. At that point I started seeking mentors in the decorating and baking fields, and asked the advice of other professionals. 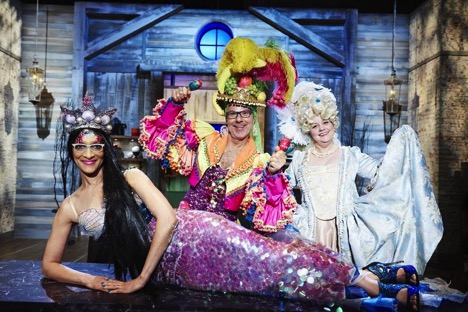 Martha Stewart saw one of your display windows and later became your mentor. What’s your advice for aspiring bakers/entrepreneurs who might not have a chance encounter like that? - I advise anyone who’s interested in bettering their baking and cake-design skills to reach out and find hands-on guidance. And I don’t mean free videos online. I cultivated relationships with experts who could influence me. An internship with reputable shops is highly advisable, and of course, attending a professional pastry program is the ultimate. I have students from all over the world who attend my classes both at my own shop and at The International Culinary Center.

How were you able to establish your NYC shop as a true standout of wedding cake design? Did you have a lot of help? - I actually had no help, as banks are not very likely to lend money or extend credit to a new business. I simply built my reputation one cake at a time, and started very simply. I would rent a commercial kitchen from a caterer at night to produce my cake, and I used to meet my clients at a coffee shop. From there I built my first kitchen, financed from the cake profits, and have gone through three expansions at that location. Last year we moved to a large facility in the heart of the Garment District of New York City. With over 4,000 square feet of space, we have a showroom, offices, design studio and a fully commercial and licensed kitchen. I also teach here as well as hold events. What are some of the hardest things about being an artist/entrepreneur? Do you think every artist needs some business background or training to succeed? - One of the hardest elements in business for me is bridging the gap between what the budget for a specific cakes allows and what I would like to do for an event; I sometimes have to compromise and yield to the client’s wishes, but I always want to give them more than what they are paying for. It’s hard to measure the amount of time it takes to achieve artistic results with a cake, so sometimes the business aspect suffers. But it’s always worth it when the celebrants cut the cake and share their joy with their guests!