5 Ways to Lure Football Lovers to Your Bar or Restaurant

Prepare for game day with these ideas that will have sports fans cheering. 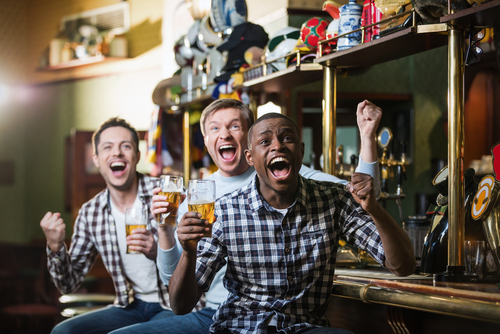 Pick up tips on how to attract sports fans to your bar. (Photo: LuckyImages/Shutterstock)

Fall is almost in the air, and every weekend, football teams across the country are taking to the field. Their fans, in turn, are looking for places to feel the game day excitement, but maybe without having to actually pack side-by-side into a stadium. Attracting them to your restaurant or bar to watch the game on TV can mean big business.

These six ideas can help attract sports fans and turn them into repeat customers. (After all, hockey and basketball season is right around the corner.)

Pick a team to embrace

In larger cities like New York, Chicago and Atlanta, sports bars and some restaurants often choose designated college and professional teams to cheer for.

New York City’s Public House is a Notre Dame bar that doubles as a Pittsburgh Steelers bar on NFL game days. Their website boasts, “We are NYC’s Official Fighting Irish Game Day destination! See Notre Dame from every seat in the house surrounded by past, present, and future Alumni.”

Chicago’s Houndstooth Saloon cheers for the Alabama Crimson Tide every Saturday and even donates $1 to Alabama Alumni Scholarship Fund for every pitcher sold during Alabama games. Old Town Social cheers on the Iowa Hawkeyes on Saturdays and the New England Patriots on Sundays.

Choosing a NCAA team and an NFL team brings groups of fans through the door on an even-more-regular basis. 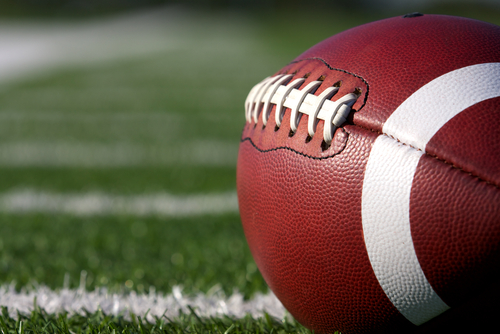 Create buzz with décor and raffles

Deck the place out with team colors or display a team’s flag or banner on game day. Chicago’s Diag, a University of Michigan bar, plays the Michigan fight song and other cheers while the Wolverines play.

Raffles and other giveaways can also amp up game day spirit. Big Dog’s Brewing Company in Las Vegas gives away tons of prizes during its Monday Night Football watch parties including NFL merchandise and gift cards.

Turn up the volume

You know what adds to the overall game-watching experience? Being able to hear exactly what’s going on as it happens. Turn on the sound, at least for big games, to provide a “just like you’re there” kind of experience. Celtic Crown Public House, another Chicago University of Michigan bar, turns the sound on for every Wolverines game so Michigan fans feel like they’re right there in the Big House.

Typical tailgate fare includes wings, nachos, chips and dip, quesadillas and lots of fried food, all of which goes well with beer. Offer specials on pitchers of beer during the game for sure. But also consider brunch cocktails, such as mimosas, Bloody Mary’s and the like, especially for early kickoffs. Village Pourhouse in New York City features a $20 jumbo Bloody Mary on Sundays for NFL games.

Food specials encourage fans to get there early and to keep hanging around during and after the game. P.J. Skidoos in Fairfax, Virginia, starts its Saturdays and Sundays with brunch, then offers specials on stadium fare such as appetizers, sliders and chili dogs later in the day.

If you happen to be located near a stadium, your bar or restaurant might be the perfect spot for fans who want to go to the game but start out with food and drinks first. Sports Column in Denver offers free shuttles to games so fans can eat and drink their fill without the bother of preparing their own tailgate party.

When it all comes down to it, a great overall game day experience is really what fans are looking for.