5 Reasons to Never Use a Jailbroken Device for Mobile POS

Jailbreaking an iOS device can give you more options and control over your Apple operating system, but it comes at a price. 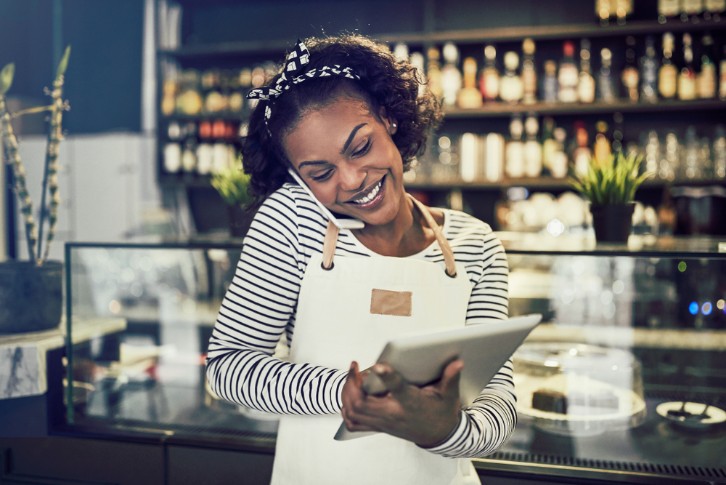 The risks of using a jailbroken Apple device at your small business point of sale heavily outweigh any benefits you might think you’re getting. (Photo: Flamingo Images/Shutterstock)

If you have ever been frustrated by the restrictions placed on your Apple iOS device, you may have considered “jailbreaking” it (called “rooting” for Android).

According to Lee Heisman, owner of IT support and consulting firm Savant CTS, jailbreaking gives the user root access to the device and allows them to download and use untrusted apps.

“To jailbreak a device is to bypass the locks that are put in place by either the manufacturer or the carrier,” he explained. “Once a device has been jailbroken, you can then add custom applications that are not approved by the manufacturer.”

While it may sound appealing to have more control options for your device, jailbreaking can actually expose your small business to significant risk. Here are five reasons you should never use a jailbroken device for business purposes — especially at the point of sale. According to tech guru Lee Heisman of Savant CTS, jailbreaking an iOS device can pose many security threats for you and your small business. (Photo: Lee Heisman)

Fans love how much they can customize their phones and tablets through jailbreaking, from the look and feel of the user interface to tethering and data limits. Unfortunately, opening up these features comes at a price.

“The act of jailbreaking a phone enables read/write access to the kernel of the phones software,” said Heisman. “Since this is the core part of the system which should not be able to written to, this opens up a huge vulnerability to the built-in security features.”

So while you may find Apple’s security features frustrating or limiting, they’ve been put there for your own safety.

Increased vulnerability to malware and viruses

“Jailbreaking iOS devices poses many security threats to the device and the user. A jailbroken smartphone can easily be affected by malware and Trojans that can cause great damage to the system files. Hackers can easily install a tracking program on a jailbroken device to steal important files and information,” he said.

Many of the custom apps used on jailbroken devices have not been vetted and approved by Apple, said Heisman.

“Since you are now accessing applications from third-party sources that have not be certified by the vendor, you cannot be certain that the software is clean and virus-free,” he said. By using an untrusted app, you “could expose your device to malware and other unwanted code that could be included in an application that you download.”

Jailbreaking can also cause your iPhone or iPad to not function properly or consistently — which can cause major problems in a business environment.

“Some of the actions done by a jailbreak app are irreversible and can cause permanent file damages to the device,” said Metts.

Stability issues — which can cause your phone or tablet to run slowly or even crash — means downtime for your small business and can result in angry customers or a loss in revenue.

Keeping your operating system and business applications up to date is another issue that comes with jailbroken devices.

“If you update your jailbroken device with a new version of iOS, you will lose the jailbreak functionality, and would have to jailbreak the device again at a later date to restore features that were obtained with the original jailbreak,” said Heisman.

Not only will you have to perform another jailbreak after your device updates, it can take days, weeks or even months after an iOS update is released for a jailbreak to become available. You’ll also have the added process of making an extra backup of your phone or tablet before updating so you don’t lose any data from jailbroken apps.

If an Apple device has been jailbroken, this will “void the warranty,” warned Heisman.

While there are steps you can follow to “reset” your iPhone or iPad back to factory defaults, these are not guaranteed to work on a jailbroken device.

“There is always the risk that you would not be able to return the device back to factory settings and you will be stuck with a broken device without any warranty coverage,” he said.

While there may be some benefits for consumers who want to jailbreak an Apple device, Heisman strongly discourages this practice in a business setting.

“The risks heavily outweigh any benefits that you would be able to obtain,” he said.

NCR Silver customers should note: With our latest software update, if NCR Silver detects a jailbroken device when the app is started, it will disable the ability to log in. If your device has undergone any hacking process, please update it before upgrading your app to version 4.7.