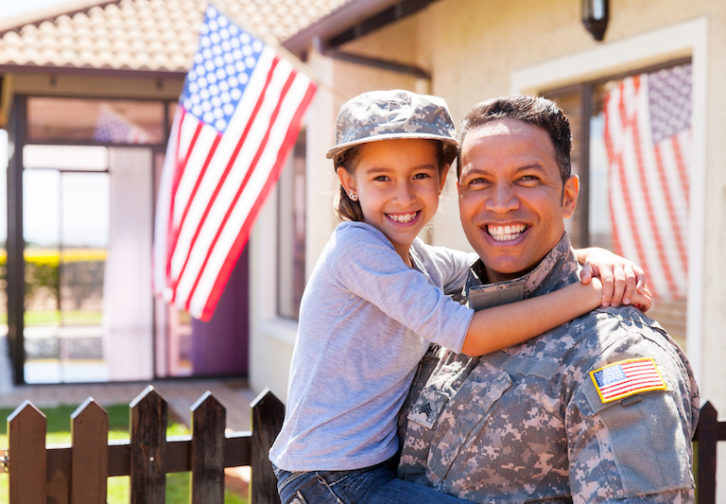 For some veterans, the transition from military to business life is seamless. (Photo: michaeljung/Shutterstock)

Many veterans find their niche after military service by starting their own small businesses.

After serving their country in the military, many veterans choose to take the lessons and skills they learned while in the service and put them to use as entrepreneurs.

In celebration of Veterans Day on Nov. 11, NCR Silver asked some of our own customers to share their thoughts and advice about running a small business after their time in the service. Here’s a roundup of what they said.

Learn as much as you can while in the service

“I spent 20 years in the Air Force and think the management and leadership skills I learned in the military help greatly in managing a small business. The military teaches you the people skills that help you when recruiting and managing employees and teaches you enough about record keeping to help you with your record-keeping skills, as well.

“Learn all you can before you retire or get out. It will help you greatly. If you get out and and aren’t prepared, you’ll have a hard time trying to manage and start a business.”

The business world is teeming with successful veterans. (a katz/Shutterstock)

Change doesn’t have to be scary

“I was stationed at the Pentagon until 2002 and was their design manager. I was present during 9/11 and lost some good friends there. I worked on the Pentagon’s renovation afterwards until 2008. As a civilian, I was a design manager for national military command center.

“In 2014, I moved to San Diego and opened the shop with my wife shortly after. This transition was a bit of a challenge. Our business caused my wife to transition from her career and into something completely new.

“Transitioning from being a veteran to working full-time and eventually opening my own business wasn’t as difficult as I expected. I retired on a Friday and went to work on Monday.”

“I joined the Navy in 1962 and served to 1966. I spent most of my military active duty time on an island in the Pacific as an oceanographer, was transferred to a destroyer and spent time in Vietnam.

“The military was really a defining moment in my life. My time serving was a right of passage where I discovered that I had capabilities I had no idea of before the military. I had discipline. I learned how to study — how to be successful as an academician. All of those things have applied and continue to apply to building a successful business.

“My advice is to find people who can help you. Engage with advisors. Engage the veteran community and mentors to get a sense about what it takes to start a business.” 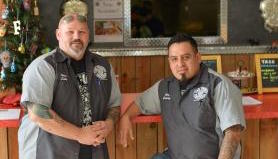 Steve Sabo, left, and Juan Gonzalez of the Funky Truckeria in Norton, Ohio.

“Being in the military teaches you not only how to start something but how to finish something. How to follow through all the time, and how to function as part of a single unit.

Go with the flow

“Being in the army was a great experience. I was in for a total of eight years during war time and left as a captain. It was really good for me, and I would recommend to anyone to serve in the military if they can. It taught me leadership skills and training and despite the hard times, I felt honored to serve for my country.

“Every day is different, and I have to go with the flow of constantly changing trends.”

Do something you love 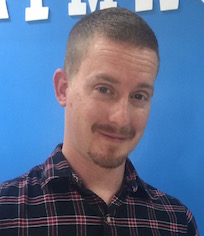 “I served 10 years in the Air Force as a Chinese linguist and also worked at the NSA. It was really scary because I had never done business before and had never done retail, but I figured if I could learn Chinese in a year and a half, we could figure it out. So we got out and opened up our first shop.

“My advice would be to go for it — it’s definitely worth it. When you’ve served in the military that long, there’s not too much that’s going to be difficult. Sure, there are those nights where it’s scary and you wonder if you’ll get the bills paid, but you also have confidence you’ll be able to figure things out. Really the hardest part is making that first step. Deciding to do it and jumping in. I would tell people to find something that they love.”