Do You Really Need to Declutter Your Desk?

These leaders and innovators thought not. 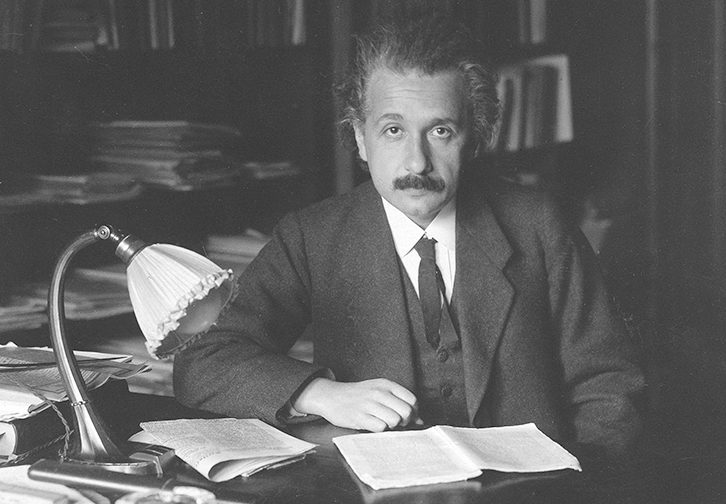 A messy desk may actually be a sign of success, so do you really need to declutter it? (Photo: Wikimedia Commons)

Rob Kutner, a writer for the nightly “Conan” show on TBS, follows in a long line of creative thinkers who keep a messy desk. And he’s even got some justification for it. “In theory, I enjoy my cluttered desk because it always keeps alive the possibility of serendipitous discovery,” he said. “In practice, I just refuse to exert the mental energy to fight entropy.”

Kutner and a pantheon of other creatives do have some science to back them up. A 2013 study from the University of Minnesota, for example, found that people with messy desks indeed tend to be more creative. “Disorderly environments seem to inspire breaking free of tradition, which can produce fresh insights,” the authors concluded.

But speak to an organization expert and you’ll get a more nuanced response (or a completely different one altogether. Tori Farah Cohen is a small business owner in Los Angeles who runs her own company helping others get organized.

“Just like successful athletes who have eccentric pre-game rituals, successful individuals have ‘before I sit down at my desk’ rituals,” she told us. “Everything being in the place you left it is key to most people. I say this as an organized person who makes sure my pen and highlighter are parallel to one another before I start my work; but that’s my process, that’s what works for me.”

We showed Cohen the messy desks of three famous people to get her thoughts. The beloved genius may have been smart, but orderliness was apparently not one of his strong suits.

“Albert Einstein’s desk looks like controlled chaos,” Cohen said. “I’m sure if you asked him he would know where to find everything he needed. The question is, would he be able to find the things he needed on the shelves behind his desk? What would have worked well is if someone had developed for him a filing system so that he could more easily reference previous work or resources.”

Added Kutner, the comedy writer: “Albert Einstein’s desk looks like the very definition of space and time collided into one unending realm. It’s surprising he was so resistant to the expanding universe because that would have given him more desk to fill.” 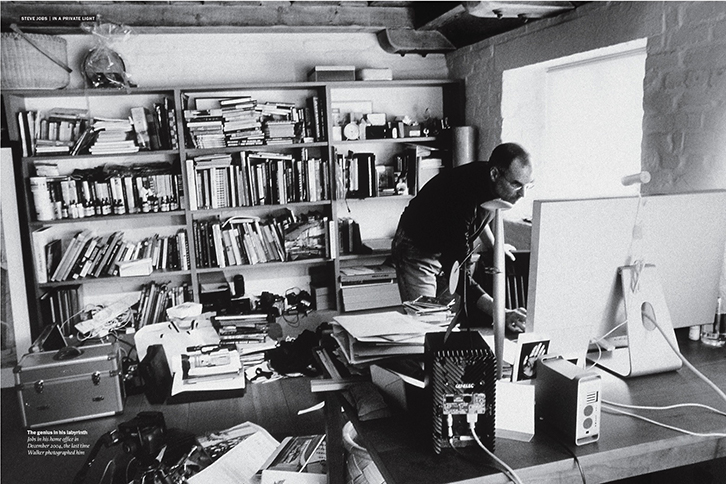 The man behind the iPhone and the Mac, the man whose products epitomize design and order, notoriously had a messy office. (Steve Jobs’ desk is so revered that Apple reportedly hasn’t touched his office since his passing in 2011.)

“It’s hard to see from the photo but Steve Jobs’ desk itself doesn’t look so disorganized,” Cohen noted. “It’s the shelving behind him that looks like it had an order at one time and then all hell broke lose.

“What he has on his computer is the bigger question. What do his files look like? That’s what I’d want to know. There are programs like Evernote so that you can have everything you need with you all on your computer, no need for paper notes.” A photo of Al Gore’s desk looks more like he’s conducting a recount than getting actual work done.

“Al Gore doesn’t have space to breathe. Out of Albert Einstein, Steve Jobs and Al Gore, Gore is the only one I would say has a major disorganization issue,” Cohen said.

“There’s no way he knows what’s in all the files on his desk. And how exactly could he concentrate on any of his paperwork while looking at four screens including the TV against the wall? This is overstimulation to the max and it probably did not contribute to his success. An office — especially for a creative person — is meant to be a sanctuary.”

So what should you do?

Tame the paper tiger at regular intervals. “What’s helpful to successful people with disorganized desks, or really anyone who has a desk, is an annual or semi-annual culling of useless paper,” she explained. “That way you can have a clean slate semi-regularly without worrying that you’ll die under a mess of papers in your office.”

Have a system. Any system. “Find a system of organization that works for you. I mean that in a micro sense,” Cohen said. “If having a daily to-do list on paper works for you, great, use that. If an app on your phone helps you keep track of all the information you need, use that. The important thing is to have a system in place to help you keep track of everything you need.”

If you’re not going to read it, toss it. “Make sure you read every email, every magazine, everything that crosses your desk,” Cohen said jokingly. “Sometimes it’s OK to let things go. If you’re a small business owner or anyone with a busy life, you just don’t have time to read everything. Allow yourself to get rid of the three-month-old magazine that you meant to read but just didn’t have the time. Use that time to get something else done you actually want to or need to do.”