Playing to the past may help move your business into the future.

Make customers comfortable and provide them with a sense of familiarity by using nostalgia in marketing techniques. (Photo: Wikimedia Commons)

Small town Indiana, 1983. A young boy vanishes in the night, without a trace. The mystery continues to thicken as friends, family and the local police uncover shady government experiments, supernatural forces and a strange little girl.

When the Netflix original series “Stranger Things” came out in 2016, it was an instant hit, developing a cult following almost overnight. Why? The power of nostalgia.

“Part of what made ‘Stranger Things’ an instant success was the fact that it is set in the ’80s and draws upon ’80s pop culture,” said Taylor Leddin, business writer and public relations associate for Laura Orrico Public Relations.

For business owners, nostalgia can be a powerful tool for connecting with customers and building your brand. Here are four things the supernatural Netflix drama can teach you about leveraging the past in your own small business.

Despite the fact that she did not personally experience the ’80s, Leddin said that “the nostalgia was palpable” as she watched the show. “Much of what is deemed ‘cool’ in American culture stems from pop culture,” she said, “and millennials are notorious for being nostalgic for times they never knew.”

The main reason nostalgia is such a powerful marketing tool is that it provides a sense of familiarity, Leddin explained. “Stranger Things” found its niche by relating to themes from iconic 1980s films, such as “Star Wars,”“Nightmare on Elm Street,” “E.T.” and “The Goonies.”

“A lot of nostalgia’s power links to our childhoods,” she said. “In a sense, our childhoods have become commodities. Anything from old toys to old movies and music is up for grabs, and brands can now capitalize on that as kids from the ’80s now have disposable income.”

Pay close attention to the details

When leveraging nostalgia in your small business marketing, it’s critical to make sure you pay proper tribute to the films and stories you’re referencing, said Leddin.

“It is perfectly OK to look to the past for inspiration, especially as trends are cyclical. But, you must do your homework. If you’re making references to something specific and mess up on one little thing, fans will rip that campaign to shreds,” she said. 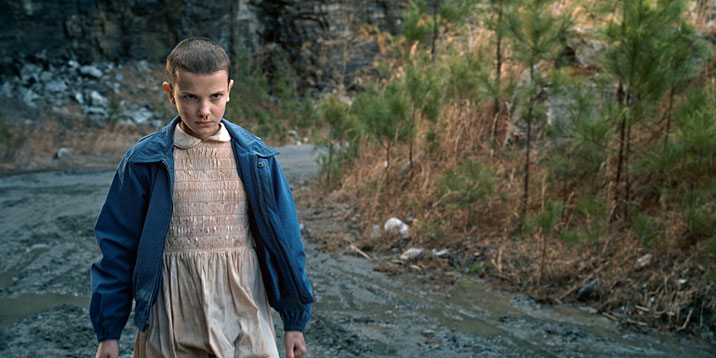 By fine-tuning details, ‘Stranger Things’ made sure viewers felt as though they were experiencing the 1980’s. (Photo: Leileiha/Flickr)

Albizu Garcia, co-founder and CEO of social publishing tool Gain, echoed Leddin’s advice: “To ensure your attempt at leveraging nostalgia is successful, pay close attention to the details of your campaign so your audience creates the correct memory in their minds. If your goal is to bring back nostalgia for the 90s, it’s important that every detail — such as the font or the music you use — stays true to that moment in time.”

One of the reasons “Stranger Things” was so successful is it nailed these little details. From the title font and music, to the small-town setting and even the way relationships are presented, every component of the show stayed true to the 1980s experience.

Blend the old with the new

Reliving the past can be a fun exercise, but if you want your campaign to have a lasting impact, it must also be relevant to your current time and place.

“Nostalgia is a powerful tool to leverage because it’s one of the best ways for brands to make their marketing efforts feel more authentic,” said Garcia.

His advice: try blending old and new in your nostalgia marketing campaign.

“Resurrecting something from the past can make your audience feel good – so long as it reminds them of better days. It can also make them more inclined to share that feeling with others. The shareability of nostalgic content or experiences can be a powerful thing for marketers who depend so heavily on social channels to spread the word about their brand.”

The more interactive you can make your campaign, the better. For example, one of the ways “Stranger Things” promoted the show was by creating a simple text generator that allowed fans to create their own messages in the show’s iconic title font.

“Nowadays, even small businesses can afford to incorporate interactive and personalized technologies into their campaigns. And thanks to social media, blending the old with the new can lead to some incredible results when it comes to engagement with your brand,” said Garcia.

Another way Netflix built excitement around the show was by involving online influencers in their promotions.

Garcia explained: “Around the time of the ‘Stranger Things’ release, Netflix partnered with social video platform Twitch to create a four-hour live broadcast in an ’80s-themed basement set and concluded the event with a preview of the first episode of the series. Twitch has more than 100 million members that interact around video game content. This was a clever way for ‘Stranger Things’ to tap into its target audience of nerdy twenty- and thirty-somethings for the show.”