How to Deal with a 'Dine-and-Dash' Scenario

From an innocent mistake to a crime of passion, predicting and preventing restaurant walkouts is no simple task. 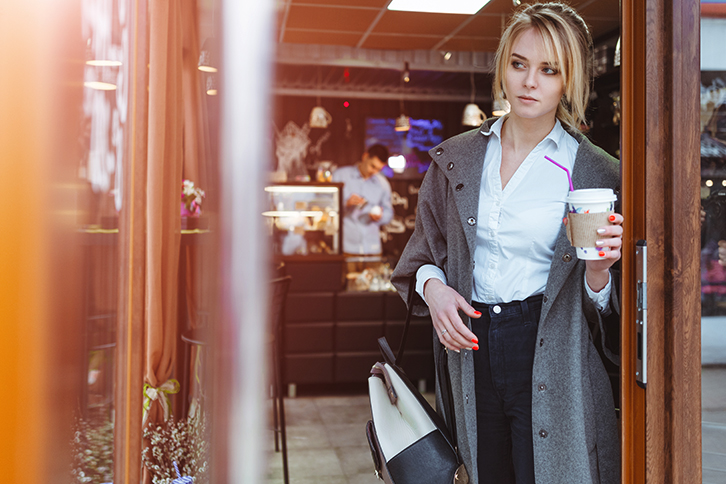 Your restaurant's layout is important in thwarting dine-and-dash attempts, limit public access to only one entrance to keep an eye on customers. (Photo: studio2sim/Shutterstock)

Have you ever had a guest leave your restaurant without paying for their meal? While it may not be an everyday occurrence, dealing with a “dine-and-dash” scenario can be very frustrating — both for the waitstaff and the business owner.

“It’s kind of like this greasy little underbelly of our business that happens, and we don’t like to talk about it. But it does happen,” said Steve Zagor, dean of the School of Restaurant and Culinary Management at the Institute of Culinary Education.

While they aren’t incredibly common, lost revenue from walkouts can impact your restaurant’s bottom line. Here, Zagor shared a few insights on how restaurateurs can minimize their risk and deal with these situations appropriately.

According to Zagor, there are three main reasons restaurant walkouts occur.

Customers who intentionally dine and dash go in with a plan. Often they will bring in an object with them — such as a thrift-store jacket or burner phone — to use as a decoy. They may fake a trip to the bathroom or say they left their wallet in the car, leaving the item behind to make you think they’re coming back — but never do.

Other times, a guest may have originally planned on paying for their meal, but had such a poor experience that they feel the establishment doesn’t deserve his or her money, so they walk out on the check. Then there’s always the occasional — and purely innocent — walkout, when a guest gets distracted or confused over who in the group was picking up the tab.

But regardless of the perpetrator’s motives, said Zagor, “It’s still a crime. It’s no different than if somebody holds you up, except they’re not using a gun, they’re using deception.”

Identifying a dine-and-dash situation before it’s happened can be difficult, so the first step in walkout prevention lies in your restaurant’s layout. Start by limiting public access to a single entrance — even if you have an outdoor seating area — so guests only have one way in and one way out. This will help you avoid someone trying to sneak out the back.

In addition to funneling guests through a single exit, Zagor suggested placing plenty of staff along the path to the door, so the perp feels increased pressure to do the right thing.

“If you’re going to leave in a luxury restaurant, for instance, you’ve got to go through maitre d’s, front-house [staff], reservationists, doors and door people. And the more people you have to encounter on the way out, the more uncomfortable it is to walk out without paying.”

Also consider adding video cameras to cover your exits and parking areas. That way, if someone does perform a dine and dash, you have footage to produce as evidence. But even if full video surveillance is out of your budget, dummy cameras and simple signage can help deter theft.

Train staff to be aware of suspicious patrons, and to a have a plan of action in case of a dine-and-dash situation. (Photo: wavebreakmedia/Shutterstock)

When it comes to preventing walkouts, Zagor said there’s no substitute for a highly attentive staff.

“The staff that takes care of tables, the waiters and front staff, need to watch the people as they proceed — not just leaving and the check, but the entire meal. They’re there to provide service, and part of service is vigilance and awareness.”

Train your staff to be aware of any suspicious activity, such as someone who sits with the check a long period of time, or someone who is visibly nervous or appears to be casing the joint for an opportunity to sneak out.

Just as you have a plan in place for a fire emergency or when the air conditioner breaks, you also need an established protocol for staff to follow when a walkout is suspected.

If any of the floor staff feel suspicious about how a particular guest is acting, he or she should immediately alert the manager on duty, said Zagor.

“You amp up the vigilance, so if it does happen, you’re prepared and watching for it,” he said.

If the patron does exit without paying, it’s then at the owner’s or manager’s discretion to confront them or not — typically it’s someone who’s been trained in conflict resolution.

Confrontation, however, can be tricky. Even if you’re in the right, embarrassing a customer in public can have ramifications in online reviews, or a drunk guest could become violent. Often, restaurateurs choose to absorb the cost instead, as proving a theft, identifying the perp and dealing with a lawsuit is often more costly than what was stolen.

If you know who they are, however, you can always report the incident to the police or refuse service to those guests in the future.

According to Zagor, there are two big “don’ts” to remember when dealing with a dine-and-dash scenario: profiling guests and charging waitstaff for walkouts.

“First, it’s wrong to profile people,” he said, “and secondly, profiling doesn’t work. It’s a very imprecise way to do it.”

Zagor said he once had a frequent walker at one of his restaurants — the least likely person to be suspected based on looks and demeanor alone.

“It was this little old lady, and it was by intent,” he said. “At first we didn’t really understand what was happening because she was the least profiled person you would possibly think — this was a 70-year-old lady who would come in by herself. Finally, we realized what was going on. I confronted her out on the sidewalk after the second or third time that we noticed it. She gave me the money right there on the spot and never came back. So that was the least likely person you would think — a beautiful, little gray-haired lady.”

Secondly, he said, you should never hold a staff member legally — or financially — responsible for a walkout.

“There are places that will fine the waiter a certain amount for a walkout on a check, which is illegal,” as outlined in the Fair Labor Standards Act, he said.

While walkouts aren’t overly common, they do happen, and unfortunately there’s little way of preventing or predicting it. The best approach is to properly train your employees to be aware, said Zagor.

“You constantly have to make sure the employees are aware. Bring it up at employee meetings and at shift meetings and create a constant state of vigilance. It’s truly the only thing.”