Certain digits can nudge customers toward purchases in subtle ways. 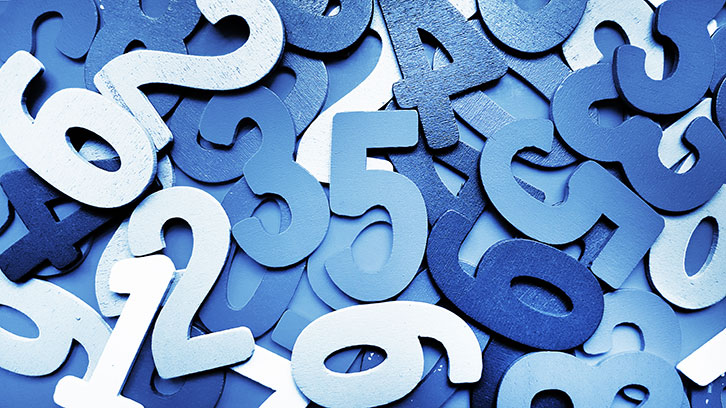 Numbers go beyond what is on the price tag. Customers can create personal connections with certain numbers, and aversions to others. (Photo: romeovip_md/Shutterstock)

Price makes a huge difference in whether or not a customer buys a product from your store. But you might be surprised to learn that the dollar amount on the price tag isn’t the only driving force behind a purchase. The look and sound of digits used in product names and promotional materials can influence the mind in subtle ways, said Bruce Sanders, consumer psychologist and author of “Retailer’s Edge: Boost Profits Using Shopper Psychology.”

While retailers usually can’t deliberately change numbers used in product names to drive sales, understanding their subtle influence on psychology can give you an edge. Here, Sanders explains some of the most fascinating ways numbers nudge purchasing decisions.

A number in a product name can indicate how advanced the model is. Customers are generally willing to pay more for a product with a higher number in its name, said Sanders.

“When deciding which items to stock in an inventory,” he said, “notice product names which include numerals. The Model X-200 could command a higher price than the Model X-100, even if it would do less well in satisfying the customer’s needs.”

Put products with the highest number front and center, so customers notice them right away.

Less can be more

While higher numbers work well for tech products, they don’t have the same effect on other items.

“There are cases in which a lower number grants more attractiveness,” said Sanders.

Food products with a low number might be more enticing to customers. Sanders pointed to the Nickles Light 35 Multigrain Bread as an example.

“Its brand name lets shoppers know the bread contains only 35 calories per slice,” he said.

Low numbers can also convey a sense of exclusivity in luxury products.

“The ‘One’ in Calvin Klein One perfume hints at both uniqueness and a top rating,” said Sanders.

Prime numbers can also attract attention — not all of which is positive. They make unknown brands feel more foreign, said Sanders.

“Prime numbers feel less comfortable to us, since we don’t encounter them as often. They underpin this sense of unfamiliarity,” he said.

He referred to one study in which customers were shown two imaginary shampoo products: Zinc 24 and Zinc 31.

“The name Zinc 24 was liked better than Zinc 31. Prime numbers seem strange and we tend to draw away from them,” said Sanders.

However, once a name becomes well known, a prime number can actually help make it more appealing.

“The brand recognition compensates for a less popular numeral,” said Sanders. “Formula 409 sells just fine in most stores carrying it, and 409 is a prime number.”

Math is a powerful force

Many of us were relieved when arithmetic classes were no longer part of our everyday life. However, forcing customers to do some basic math could help boost sales, said Sanders.

“One way a number gains familiarity is to have it introduced subconsciously in advance. An ad which uses the numbers 4 and 2 will subconsciously generate the number 8 (4 times 2)., creating a preference for V8,” said Sanders.

Explaining the reason behind a number on a product can also make it more engaging to buyers.

“The preference for products with numbers in their names will be greater if you prime the consumer in advance with the mathematical operands,” said Sanders.

Related: 5 Ways to Get More Customers on Pi Day

People are naturally drawn to numbers that relate back to their lives. The more personally connected a customer feels with a particular price, the more likely she is to take the product home with her, said Sanders.

“Violating the 99-ending rule, a price of $49.15 calls to a customer born on September 15 or even April 15, especially around the time of the customer’s birthday.”

The personal connection can go deeper than the actual digits — even the sound of the number can influence how a person feels about it, said Sanders.

“One of a person’s favorite sounds is the sound of their own name used in a supportive way. A price of $55 has extra attraction for consumers named Fred or Ms. Fine because it sounds like their name.”

Time for a pop quiz: which of these menu items do you think would appeal most to customers at a diner?

If you chose the fourth one, you’d be right. But why does four flapjacks for $4.13 have more appeal than options with a different name or lower price?

“The explanation here lies in alliteration,” said Sanders. “The three ‘F’ sounds in that fourth choice lead to positive evaluations because the similarity of the sounds makes the phrasing seem more familiar, and what’s familiar is easier for the brain to process and ultimately like more.”

Numbers influence our minds in fascinating ways. But remember, the effect is a nudge toward a purchase, not a shove. Customers will still base their decisions on a number of other, more rational factors, as well, said Sanders.

“People won’t buy a disliked item because of you saying a certain number or set of numbers in a sales pitch. But when a price does mesh with the shopper’s name or when you’ve the opportunity to pronounce the right number in a certain way, it can enhance the sale of a liked item.”