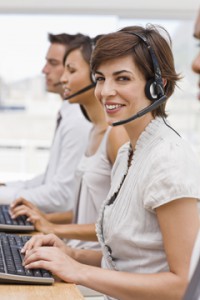 The financial industry in the US is lukewarm about EMV and would rather pay for ongoing fraud bills rather than fork out for the improved security of the chip-and-PIN standard. Right?

Certainly there have been murmurings recently about whether it’s worth it. Billions will be needed and some have argued that the return on investment is not enough. A figure of $30 billion has been suggested, which covers everything from re-issuing cards to replacing ATMs and replacing point-of-sale terminals.

EMV would not have solved several recent card data breaches and it actually can result in a rise in card-not-present fraud as criminals are thwarted in store. And some argue that by focusing time and money on decade-old technology, we are missing out on developing even more secure and advanced platforms.

However, the picture isn’t as clear cut as EMV’s opponents might make it seem.

As Tom Litchford points out in an op-ed piece for the National Retail Federation, retailers are “willing to spend whatever it takes to protect our customers and their card data.”

We know that if customers don’t trust the shop to protect their data, they’ll go elsewhere. That is hard to argue with and there is evidence that some shops involved in recent breaches are suffering.

In addition, there is simply no doubt that chip-and-PIN cards are more secure than cards that only have a magnetic stripe and signature. A Financial Fraud Action UK report showed a 75 per cent drop in card fraud after the roll out of EMV.

But as the NRF points out, if the US is serious about protecting consumer card details, it needs to go the whole way. That means PINs, end-to-end encryption and the use of tokens that mean retailers don’t need to hold any card data at all.

Yes, there are arguments about whether EMV can solve card fraud. It It certainly does push fraud into other areas, and can’t be the only line of defense, but the statistics are undeniable.

And yes, the cost is significant. But retailers seem adamant that the status quo is unacceptable–so perhaps they will be the ones to drive the doubters in the industry. Quite simply, magnetic stripes have got to go, and it’s time that all stakeholders in the US were prepared–the liability shift is little over a year away. When it comes to EMV, the return on the investment is clear, so that investment now has to be made.

To read more on the topic of EMVs, check out this white paper and recent blog post/infographic.