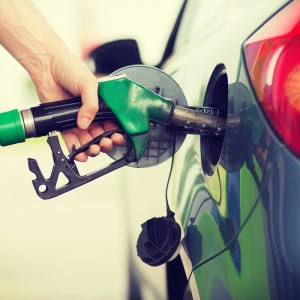 As the US shifts over to EMV, there are growing concerns about how the

migration gap will affect fraud in the self-service channel. While the

liability shift for point-of-sale devices in the US was October 2015, it’s

machines are similarly covered. Experts are rightly concerned about an

Security
We can tackle this in a couple of ways depending on what the problem is.

First, we look to reduce fraudulent transactions by increasing our security

layers, such as requiring customers to enter ZIP codes for payment

authorization when paying at the pump.

encryption and standards required. It’s a relatively simple approach, but

one that seems to work. The other major threat is skimming attacks on these unattended machines.

device. In 2011, residents of Camarillo, California, formed a group of 30 volunteers to monitor pay-at-the pump

terminals throughout the town. This was hardly a great advert for the physical security that was in place at the

something that is not exactly 100 percent secure. "Security tape wrapped around a card reader at a gas pump isn’t

going to stop most pump skimming attacks, which start when someone with a master key for the pump opens it

up and fiddles with the guts of the machine,” he writes. “The crooks figured out a long time ago that only a handful

of master keys are needed to open the majority of the gas pumps in use today. So, rather than retrofit each one of

these pumps with a more custom and secure locking mechanism, most stations just put security tape on the

Fraud detection
Clearly security is still not perfect, so as issuers we need to be tuning fraud detection systems to cope. With

skimming threats, that means looking for the point-of-compromise.

attacks. Pay-at-pump will be one of the last “bastions for mag-stripe card data until at least 2017”, he explained.

Intelligent fraud detection is where issuers can really differentiate themselves. Issuing banks need to be attuned

to this threat and ensure their fraud systems can spot a common point-of-compromise. Likewise, fraud detection

systems can be geared up to spot suspect pay-at-pump transactions. For example, we could simply place a risk-

based blanket over all pay-at-pump card payments, with these transactions automatically raising a flag that we

may need to look more closely at this transaction as per standard fraud prevention models. For example,

comparing previous transactions, location of the transaction and, naturally, any common point-of-compromise.

However you approach it, the pay-at-pump channel needs to be part of your fraud detection thinking over the

next couple of years.

It is essential for retailers to look for new, innovative...

What Does EMV Mean for Petroleum & Convenience Stores?