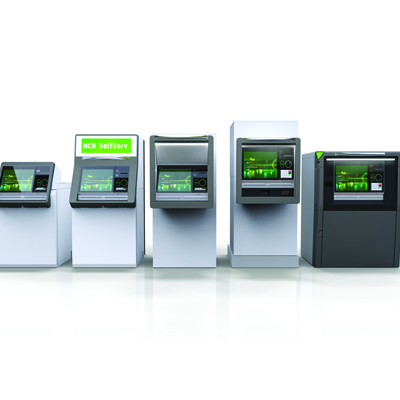 Last month, global consulting firm Retail Banking Research (RBR) highlighted NCR as the leader in ATM hardware and software in various regions worldwide. RBR Global ATM Market and Forecasts to 2023 is the ATM industry’s comprehensive annual quantitative and qualitative piece of research into the future of the global ATM market. This valuable source of strategic information and forecasts, for the ever-competitive and changing market, currently reports over 3.2 million ATMs are installed globally.

NCR has over 838,000 ATMs around the globe in an estimated 180 countries. This represents a global market share of 26% — or, perhaps more interestingly, one of every four of the world’s ATMs are currently manufactured by NCR.

NCR also remain the #1 supplier of ATMs to North American financial institutions, such as major banks, credit unions or community banks according to the RBR research. The three largest bank ATM deployers in the U.S. all use NCR ATMs, as do over 75% of the top 25 banks in the U.S. NCR is also the largest ATM manufacturer in Canada, with many of the largest ATM deployers only using NCR machines. North America has a large ATM install base of retail ATMs in locations such as convenience stores, gas stations or malls. It is important that the distinction is made between these ATMs and those deployed by banks — and that is where the popularity of NCR ATMs is growing.

NCR grows in other regions also

It’s not just the North American ATM market where modernization of ATM estates with NCR technology is proving popular. NCR also ranked #1 for ATM installs in Middle East Africa with over 79,000 ATMs (a 40% share). NCR is #1 in countries such as Egypt, Nigeria, South Africa and United Arab Emirates, where ATMs such as the SelfServ 23 or the SelfServ 80 Series are being chosen for either new installations or replacements.

NCR ranked #1 for ATM installs in Central Eastern Europe with over 114,000 ATMs (a 47% share). Of interest is the Russian ATM market which continues to see a lot of innovation and change.  Cash Recycling is growing in popularity here like in many markets globally.  In Russia – over 55% of the country’s ATMs are NCR.  Elsewhere globally, NCR has a presence in almost 180 countries and are ranked #1 in Spain, Turkey, UK, Greece, Norway, Bulgaria Argentina, Canada, Vietnam, Singapore, Pakistan, New Zealand and Australia amongst many other countries.

Software solutions along with hardware

It’s not just in the area of hardware where financial institutions are choosing NCR technology. NCR are #1 for multi-vendor software with 420,000 ATMs running NCR multi-vendor application software. This accolade was announced earlier in 2018, where RBR’s ATM Software 2018 Report highlighted how NCR has led as the #1 provider of multivendor software in RBR’s last five reports.

Future growth in the ATM channel

In summary, the global ATM market remains strong as banks continue to ensure that this self-service channel is at the core of wider digital banking technology. Financial institutions will continue to embark on more digital first projects that link ATMs to mobile banking and CRM systems; this research highlights that NCR’s software-focused strategy in parallel with hardware products continues to resonate in the market.

The ATM will remain vital to financial institutions in years to come, with this trusted and reliable self-service channel co-existing alongside branch, mobile, online and digital channels. Consumers will demand even more of a digital first experience; therefore, modernization of legacy ATM estates are likely to continue at a pace from 2019 onwards. Financial institutions’ technical and business requirements are going to continue to change rapidly in this new era of consumer expectations and at NCR we’re excited to continue leveraging our leadership position in hardware and software to better serve our global customer base.