World Payments From Money2020 US 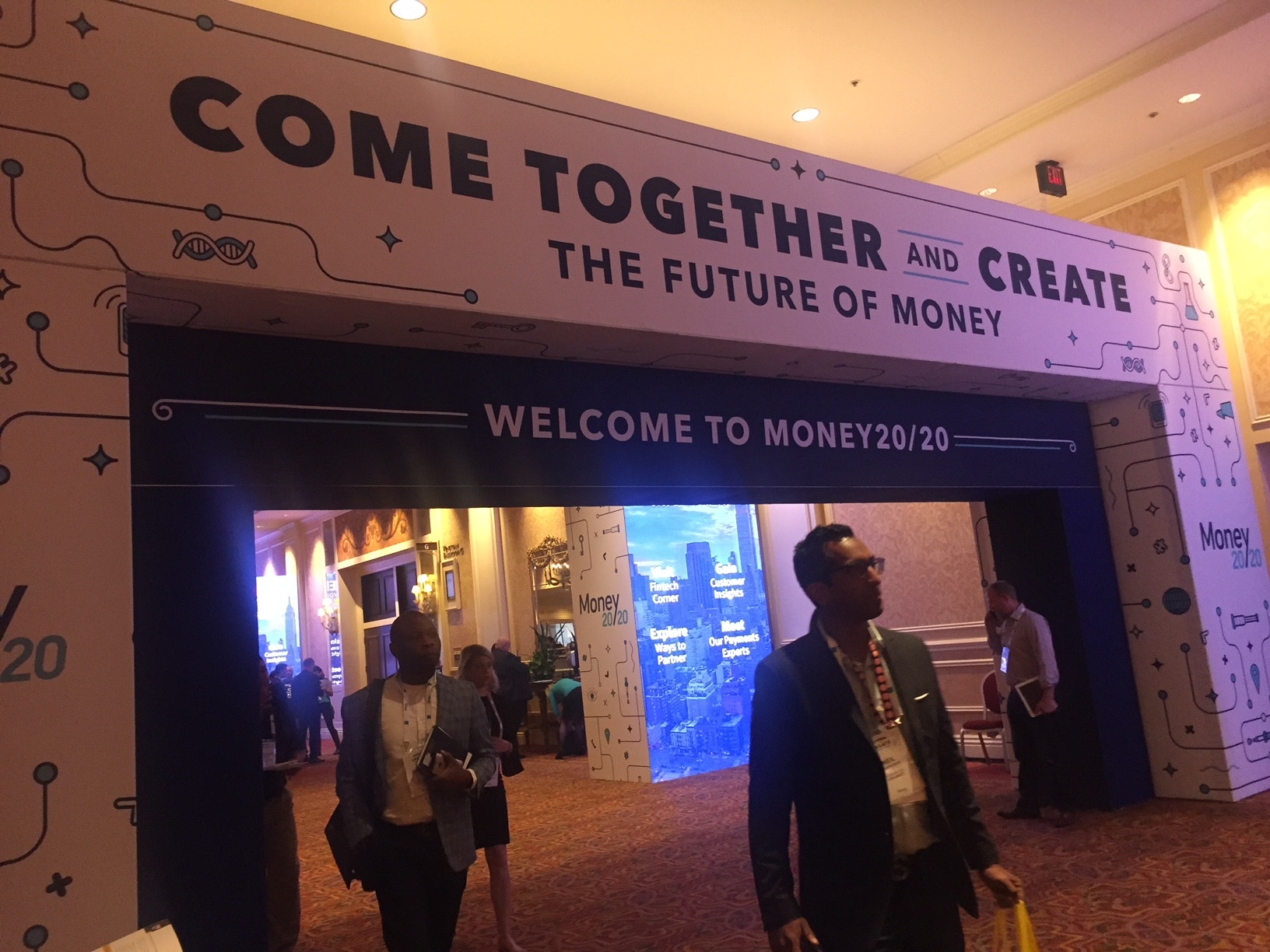 I’m currently at Money2020 in the US, which is being held in Las Vegas – a rather artificial environment of over the top replicas of major sites from around the world including Venice and its canals.  So it is appropriate that the event started with sessions on Artificial Intelligence.  I was surprised by the numbers who turned out for a 9am Sunday start to these sessions, but then so were the organisers, who had to supply two overflow rooms to accommodate the audience.  Once we got into the conference ‘proper’ later on Sunday things turned into the ‘normal’ Money2020 – but with over 11,000 delegates is anything ‘normal’?

But what are the takeaways?  Lets start with those sessions on Artificial Intelligence. Ray Kurzwel, one of the key developers behind artificial intelligence gave a keynote explaining the history and what is likely to emerge. This was complemented by panel sessions with a  variety of speakers all involved in the application of AI.  All confirmed that AI is going to continue to get better at helping humans solve problems.

Mr Kurzwel pointed out that Moore’s law only looks at the growth in the power of hardware, but when adding to the sophistication in developing algorithms plus computing language abilities there has been an exponential growth in the overall power of computing that is not going to slow down. So AI will be able to solve more and more complex problems. As both Mr Kurzwel and the other speakers highlighted, where AI comes into its own is where it is used to complement human thinking, providing additional ideas or suggestions rather than being a pure black box making a decision for you and therefore being seen as a threat to human endeavor.

Applying AI to payments, one key use case is in fraud detection, where it can find patterns in data that humans would never see.  As Mr Kurzwel explained, the human brain has limitations in its analysis capability due to the number of layers than can be formed into a neural net. This barrier is overcome in the AI world allowing a far higher ability to make linkages among the data.  But getting AI models to learn from small data samples is a big challenge that the human brain has overcome.

Lessons to learn from China?

While the first day had a heavy AI focus, the rest of the event is covering the more traditional payments themes.  EY provided an update on payments activity in Asia with a focus on the Chinese market.  Payments here are dominated by the mobile service providers of Alipay and WeChat.  These have become embedded in the lives of consumers because of the strong reach and services delivered by the platforms.  Recently Starbucks in China has allowed payment by WeChat and in the first quarter this was available WeChat accounted for 29 percent of Starbucks transactions.  That sort of adoption would be unheard of elsewhere.

However, what enabled the growth of the Chinese players like Alipay and WeChat were shortcomings in the services provided to consumers by the financial institutions.  Now they have that position in the market it will be difficult for the banks to pull back.  But looking at the North American and Western European markets consumer payments are in a very different position and it will be difficult for and Alipay (or anyone else) to replicate the tenfold growth factors achieved in China.

What else is hot this year?

Adoption of contactless was discussed in another session and the growth rates are impressive.  In Australia 90 percent of in-person payments are now contactless, with other countries around the world, like Poland, Canada and the UK achieving rates over 40 percent.  However the US is lagging a long way behind with less than one percent of transactions being contactless. The technology is in place and all new terminals are shipped with contactless capability.  There needs to be the promotion to encourage take up and take away many of the low value, often cash, transactions that happen today.

Contextual payments and commerce have appeared several times in conversations, which brings this blog back to the opening theme of AI. Contextual payments are where the customer’s context is taken into account to make relevant offers or services at the time of shopping.  When customers are given assistance in their decision-making by finding similar products to the ones you like or being served with appropriate offers, they really appreciate the contextual commerce experience.

With two more days of the conference to go, there are still many more sessions to attend to get the full picture of where payments are headed in the years to come. If you are in Las Vegas and want to hear more about NCR’s direction then do visit us on stand 1237.