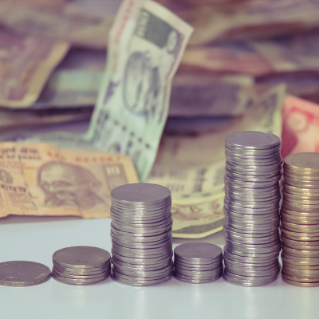 While many developed countries are rapidly embracing digital payments, to the extent that talk of a cashless society is now being seriously mooted in some countries, for emerging economies, cash is still very much king.

However, one nation that is keen to change this is India. Last year, it was estimated that up to 40 percent of the country's 1.3 billion people were unbanked and reliant on cash for all their payments, and this is something the country's government is looking to address this year with a range of new initiatives to promote digital alternatives to cash.

Of course, the Indian government has a vested interest in moving its citizens into the banking system and towards digital payments, as it aims to tackle issues such as tax evasion and counterfeiting. But are its efforts to transform the country's attitude to finance likely to bear fruit?

What steps are being proposed?
Following on from the demonetization efforts introduced last year, measures unveiled as part of the country's 2017-18 budget include two new schemes that will incentivize both individuals and merchants to adopt the Bharat Interface for Money (BHIM) mobile payments service. This has a goal of increasing the number of digital transactions to 25 billion over the next two years.

Meanwhile, a merchant version of the Aadhaar Enabled Payment System will also be launched shortly, with this intended to be specifically beneficial for people who do not have debit cards, mobile wallets or mobile phones.

Minister of finance Arun Jaitley said: "India is now on the cusp of a massive digital revolution. A shift to digital payments has huge benefits for the common man."

He added: "Banks have targeted to introduce additional one million new point-of-sale (POS) terminals by March 2017 - they will be encouraged to introduce two million Aadhaar-based POS by September 2017."

How is the public responding?
In the immediate aftermath of the demonetization moves last November, initial signs were positive for digital alternatives. Mobile financial solutions provider Mahindra Comviva's Srinivas Nidugondi said the firm had seen a 500 percent increase in demand for mobile POS solutions, while Paytm CFO Madhur Deora said his firm had seen a "strong surge" in transactions.

But that was at a time when access to cash was constrained, so people may have felt they had little alternative than to turn digital. The real question was whether that demand would persist once cash levels returned to normal.

One recent survey by Brickworks Media suggests that interest has indeed waned in the months since. In November and December last year, almost two-thirds of people in the country (64.7 percent) reported using an e-wallet, but this dipped to just 31.8 percent in January and February. The number of people making such a transaction on a daily basis also dropped from 39.8 percent to just 9.2 percent.

CEO of Brickworks Media Pankaj Krishna said that as cash flow has returned to normal, Indian consumers have shown they still favor traditional methods of payments. "However, there are categories like travel, food joints, online purchases and petrol pumps where e-wallets are still popular," he continued.

It's clear that cash isn't going to be replaced soon in India, despite the best efforts of the government. But there are parts of the economy where consumers are embracing digital solutions, so a more mixed payments environment or a ‘less cash’ society for the country could be a reality sooner rather than later.