Will banks one day become 'invisible'? 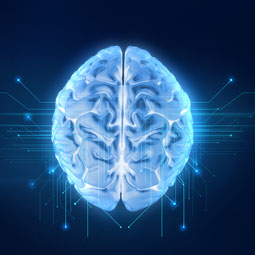 Technology has had an enormous impact on how financial institutions (FIs) interact with their customers. As concepts such as online and mobile banking have grown in prominence, more traditional platforms for engaging with consumers – engagements within your branch network, for example - have diminished, however not completely.

According to KPMG, this is part of a trend that will eventually turn mass market retail banks "invisible" - hidden behind virtual personal assistants that handle an array of personal and financial tasks for users.

But how would this work in reality and is it really something consumers want?

KPMG's plans for EVA
By 2030, technology will have developed to the point that it will drive a "fundamental shift in banking" according to KPMG. This could make a personal visit to a branch "as alien a concept as picking up the landline".

The auditing and accounting firm is developing its own 'enlightened virtual assistant' (EVA), which will utilize innovations like advanced data analytics, voice authentication, artificial intelligence, connected devices and the cloud to help users plan and complete everyday tasks. KPMG pointed out that these technologies are already available "and merely need to be combined and enhanced to make EVA a reality".

In KPMG's vision of retail banking in 2030, EVA would be part of the 'platform layer' - one of three distinct components of the industry. This layer would consist of customer interface systems, along with activities related to branding, marketing, quality assurance and product selection. Retail banks would be part of the product layer - concerned with issues such as product delivery and guaranteeing the security of assets - while the process layer would encompass the facilitation of payments and regulatory procedures.

Today's banks have the potential to build on their current strengths and "own the product layer", but must go through some major changes first, according to KPMG. The firm said: "Perhaps of most interest in such a model is the disappearance of large parts of the traditional bank. Customer service call centers, branches, sales force, IT, swathes of the back office - gone. This transition would be painful and costly, to say the least."

Do customers want their banks to be invisible?
It's worth asking if this vision of the future - where customers entrust the management of their daily lives to AI and have little direct contact with their bank - is something people really want.

A recent report from marketing agency Weber-Shandwick and KRC Research - titled AI-Ready or Not: Artificial Intelligence Here We Come! - revealed that consumers are seven times more likely to anticipate AI's impact on their lives as being positive rather than negative, and six times more likely to see its consequences for society as positive. However, nearly half (48 percent) of people in five global markets admitted they knew little about AI and very few were able to name a brand leader in the field.

As far as banking is concerned, one third (33 percent) of respondents to a UK survey by EY said they wouldn't trust a bank that had no high street presence. A poll by the American Bankers Association found that arranging car loans, mortgages and savings were common reasons for US consumers to want to consult their bank over the next year.

So it seems clear that - for the time being at least - there are large portions of the consumer public who wouldn't feel comfortable about their bank turning 'invisible'. This is an important consideration for FIs making plans for the growth and evolution of their business over the years to come.