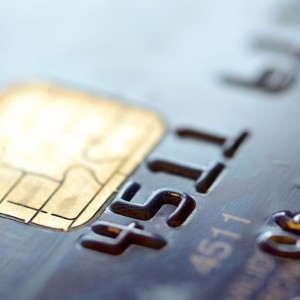 Last month myself and a colleague made a trip over to Stockholm,

Sweden as part of an ATM Innovation Forum that NCR hosted. This

represented a very interesting opportunity to firstly meet with the

observe and analyse the much hyped apparent move of Sweden

The ATM market and cash use

ATMs. It is a somewhat ageing ATM install base, with the market mainly in

future expected to be made up of ATM replacements. What is of interest

is that each ATM handles a significantly higher volume of average transactions per month (4,700) compared to the global average

Despite the push on the cashless society, there are still around 174 Million cash withdrawals at Swedish ATMs

each year (Volume) and $24 Billion USD (Value) in cash withdrawals a year. Whilst acknowledging that there has

importantly the central bank is issuing new banknotes and coins later in 2016.

Going fully cashless – or are they?

to retail banking, citing an alleged decreasing demand for cash in a market where card, mobile and P2P payments

are well established. Yes – I observed the fact that consumers are indeed ahead of those in many other countries

in terms of embracing more emerging digital payment methods. Banks are very keen on a ‘cashless’ society. This

used for all types of purchases of low value and high volume.

such is the push to become cashless. Banks appear to be ‘leaping’ over the next phase of ATM innovation (such as

Multi-Function and Branch Transformation) to go to straight to mobile and digital payments. Banks want to reduce

cash usage and drive customers to internet and mobile. What has however become a possible ‘fly in the ointment’

We had heard so much about the cashless society in Sweden, that we decided to see if we could get through the

week without any cash. We both arrived in the country with no Kroner. The taxi to the hotel was easy, as they only

accept cards, no cash at all. Everything was going well until needing to use the bathroom at lunchtime in a

shopping center before a customer meeting. I arrived there only to find there was a charge of 10 Kroner, which is

a coin. This meant I had to withdraw cash from a nearby ATM and then get it changed into coins at a cafe to get

access to the facilities. Whilst not an ideal consumer experience, it highlighted perfectly a really practical challenge

of assuming full adoption of cashless by everyone. So our experiment failed when we literally had to spend a

The future – digital payments and cash together

suggest that both mobile payment, cashless and the ATM with cash are all going to be important channels for

consumers in the future. Financial inclusion for all is clearly important.

feature of payment accounts. Banks would appear to have reduced their cash handling services too fast, resulting

in a lack of access to cash in less populated areas in particular. These are the main observations of the

government putting a halt to this full adoption and removal of cash.

What does this mean?

Cash is still important to consumers. It’s trusted, secure, reliable and has a tangible sense of worth, particularly

handy when budgeting. Yes, a cashless society may appear but not to the overall decline of the ATM and cash.

experience where consumers have a choice of transactions.

Monopoly goes cashless as board game catches up with card technology

Monopoly goes cashless and opts to use debit cards and card...