Why the ATM is important to financial innovation

The ATM is often seen as a distinct area of banking services, one that rarely changes and operates separately from the rest of banking functions like mobile or online. For many consumers at least, the perception is that the automated teller machine hasn’t changed since its inception in the 1960s and it’s got no room to do so. 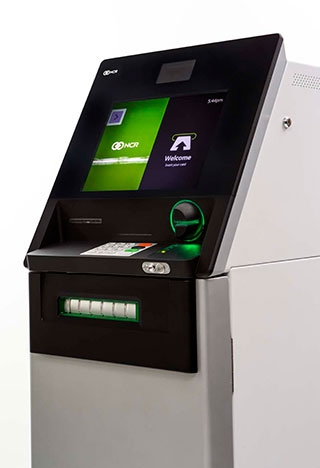 Nothing could be further from truth however, and it’s clear how developments at the ATM channel are actually now at the heart of wider financial industry innovation. Over the coming years what we see in this channel will influence, and be influenced by, other changes to technology shifts in the banking sector.

Not just cash
Perhaps the biggest change that has already taken place is the gradual shift away from the 2.8 million ATMs globally being just cash dispensers. Consumers can pay bills, purchase event tickets and pay in checks at ATMs these days and there are increasing signs that functionality is evolving further with transactions such as foreign currency and travel ticket dispense also.

Cash use is still holding firm in the face of new payment methods.  Over $400,000 USD is withdrawn in cash from the ATM every second.  This alone continues to highlight the key role that the ATM and cash will have in the future. Indeed as banks seek to rationalize branches by scaling back the number of outlets, the ATM forms a key channel for consumers to get hold of cash. And with added functionality, like video teller tech, the ATM is also a way to maintain customer engagement and service more cost-effectively on a 24/7 basis.

Growth
As consumers migrate to online and mobile banking, some have suggested branches and ATMs will no longer be required. In fact we’re seeing the opposite because improved technology and increased functionality makes ATMs more useful to consumers.  The ATM at 94bn, Branch at 76bn both still see a greater number of annual transactions globally than online (35bn) and mobile (29bn).

The Asia Pacific region is driving growth of new ATM machines as the installed base rises, but in Europe and North America there are also changes. ATM technology is moving on so quickly in response to changing consumer habits, replacement of machines in established markets will be a sign of further financial growth.  This is of importance as the consumer experience at the ATM becomes more important and the whole design, aesthetic and usability begins to mirror that seen on smartphones or tablets as digital and physical converge.

Contactless
A key trend that’s also emerged in the last couple of years has been contactless technology, which allows consumers to swipe their card or phone to initiate a transaction at a point of sale terminal. This is also extending to ATMs as their place in the wider context of financial innovation is appreciated.

For example, NCR helped launch the world’s first tap and pin ATM with ANZ using SelfServ 23 and EMV contactless technology. By helping to reduce fraud related to ATM use and transaction times, we will likely see the drive for contactless ATMs being at the heart of wider financial innovation efforts taking place.

A real-time system will spur consumers to actively use...