Why strong software is vital for ATM security 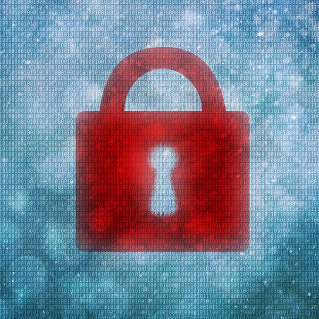 Having the right software in place is becoming increasingly crucial for financial institutions (FIs), not only in the digital realm, but in physical channels, too.

In the ATM space, it's vital for banks to have the right solutions in place to protect against the latest logical and network-based attacks.

With recent figures showing how much FIs are spending on software at the moment, it's important to ensure that all platforms and customer touchpoints are seeing the benefit of this financial support.

In Europe, banks have been committing substantial funds to their software infrastructure in recent times, despite what the European Banking Federation (EBF) has called a "significant disincentive" for investments in IT.

The EBF figures, which were based on a sample of 108 institutions of varying sizes with different business models in 12 countries, showed that European banks invested more than €18.2 billion (US$21.3 billion) in software in 2016.

Software has now become a "core asset" in bank business models, with FIs now recognized as "significant investors" in software and information technology, the EBF said. The industry group also pointed out that recent projects have put total IT investments by European banks well above the €50 billion-per-year mark.

The recent commitment to software has come despite current regulations in the European Union treating software as a cost, rather than an investment. This means banks are required to match their software spending with an almost equal amount of capital, in order to maintain their capital ratios.

So it's clear that FIs are willing to commit financially to strengthening their operations and infrastructure with up-to-date, effective and reliable software. It's crucial that this investment helps to deliver the highest possible standards of security across all channels, including the ATM network.

Protecting the ATM with the right software

It's important for banks to recognize that each individual ATM in their estate does not operate in isolation, but as part of a network. Consequently, there must be the proper protections and systems in place to ensure that the entire network - and the sensitive data passing across it - is kept safe.

By deploying logical security solutions, your business can maximize its protection against criminals trying to use electronic devices and malware to take control of ATMs. These safeguards provide benefits such as preventing bad code from running on self-service networks, making it harder for criminals to access and compromise individual machines.

Another important consideration is the regular updating of software. This is vital if your organization wants to ensure it is able to combat new and evolving threats. Earlier this year, for example, the industry was affected by a new wave of black box attacks, which involve criminals connecting an unauthorized device to an ATM and sending a command to dispense cash.

In order to shield your network from this sort of threat, your business must be ready to implement the latest software updates and patches as soon as they become available. Remote software distribution services can provide a cost-effective and efficient way of ensuring that your ATM network never misses an update.

By adopting these kinds of solutions, you can provide the strongest possible protection for your self-service network and make a valuable contribution to the ongoing fight against logical attacks on ATMs.