Who suffers most from false positives?

False positives in payments are a growing problem - arguably bigger than fraud itself.

But just how big a problem and who suffers the most from them are important questions that need answering as increasingly consumers are not prepared to put up with a transaction being declined wrongly. 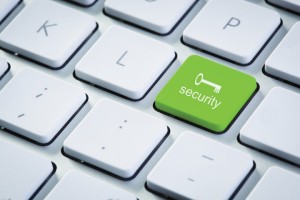 Merchants, especially those operating online, have to strike a difficult balance in making transactions easy, quick and convenient for the consumer but maintaining strong anti-fraud measures. Customers want one-click ordering, but they expect it to be secure.

As a result, merchants are perhaps getting a little too restrictive in their anti-fraud measures. According to a new study from Javelin Strategy & Research, one in six (15 per cent) of all cardholders experienced at least one false positive decline in the last year. Three times as many consumers are affected by a false positive as fraud, while the values involved are even more telling - $118 billion was incorrectly declined compared to $9 billion lost to fraud in 2014.

For merchants this was not a good thing as, for starters, it resulted in a total of $118 billion of sales being declined. Most importantly for the firms in question, a third of consumers (32 percent) stopped shopping with the merchant after the declined purchase.

As the report notes, merchants are more liable for card-not- present (CNP) transactions than before, which makes them keen to stamp on any suspected fraud. “But merchants cannot afford to alienate consumers purchasing through these channels and should tread carefully when considering a purchase decline,” argues the Javelin team.

False positives are, of course, not just merely a merchant problem. Banks and issuers need to be wary of the risk to customer satisfaction and loyalty. Moreover, high false positives may be an indicator of an inaccurate fraud detection system.

“Card issuers face a sticky situation: employ lax card authorisation strategies and risk losing revenue to fraud, or use strict authorisation rules and risk losing legitimate revenue. Both options have the potential to alienate their customer base, as no consumer wants to deal with either fraud or falsely denied transactions,” notes Javelin.

Javelin suggests that technology like EMV and mobile “can help improve card authorisation practices and reduce false-positive rates.” For online merchants, secondary authorisation using SMS or a password sent to a mobile phone can help, but it’s risking the customer experience becoming overly cumbersome.
Visa and MasterCard are looking to improve online customer verification methods with biometric identity, which could also be an important step.

Among customers, there are certain groups more likely to trigger a false positive than others.

According to Javelin, so-called Gen Y consumers are the most at risk for false positives, with 24 percent experiencing at least one decline in the past year.
Again, for merchants this is a problem as this group are more likely to go elsewhere after a decline - 42 percent abandoned a merchant after their transaction did not go through.

Likewise, issuing banks ought to beware of the propensity for this group to seek alternatives if they’re not happy. “Gen Y consumers represent the future powerhouse shoppers and merchants cannot afford to lose their long-term loyalty,” notes Javelin.

High-income customers are also more likely to report false positives on big purchases than other groups. And again, banks and merchants would do well to keep this group happy.

All for one, one for all
It’s clear that all three groups suffer from false positives. Consumers get frustrated, while banks and merchants lose customers. As ever in payment security and fraud, it’s a matter of everyone doing their bit to improve detection of fraudulent transactions without becoming too restrictive.

Explore NCR Financial Services for more solutions that can help you today.

It has been reported that after just one successful...