When is the right time to replace your ATM

The ATM has been a key self-service banking channel for consumers in many countries since the early 1970s. Technology in the ATM space is continually evolving, which presents banks with a challenge: when and how often should they replace and refresh their ATM estate?

The move to self-service cash machines initially was driven by banks desire to offer consumers convenient and reliable access to their cash. This remains the main objective of financial institutions, however ATMs are increasingly delivering a service that is much more than just cash withdrawal. As ATM technology improves and evolves, customer expectations are rising and a more diverse range of transactions and interactions are now beginning to be offered.

Given this, ATMs that have perhaps been in service for more than a decade or more may now suddenly fail to deliver all that the customer wants or expects.

Cash demand crucial
According to Retail Banking Research (Global ATM Market and Forecasts 2014), globally there are now three million ATMs in service today – and this is predicted to rise to four million by 2019 as cash demand around the world rises.

There were also 87 billion cash withdrawals made in 2013, up nine percent from 80.8 billion in 2012. That’s equivalent to 165,400 cash withdrawals being made every minute somewhere in the world. 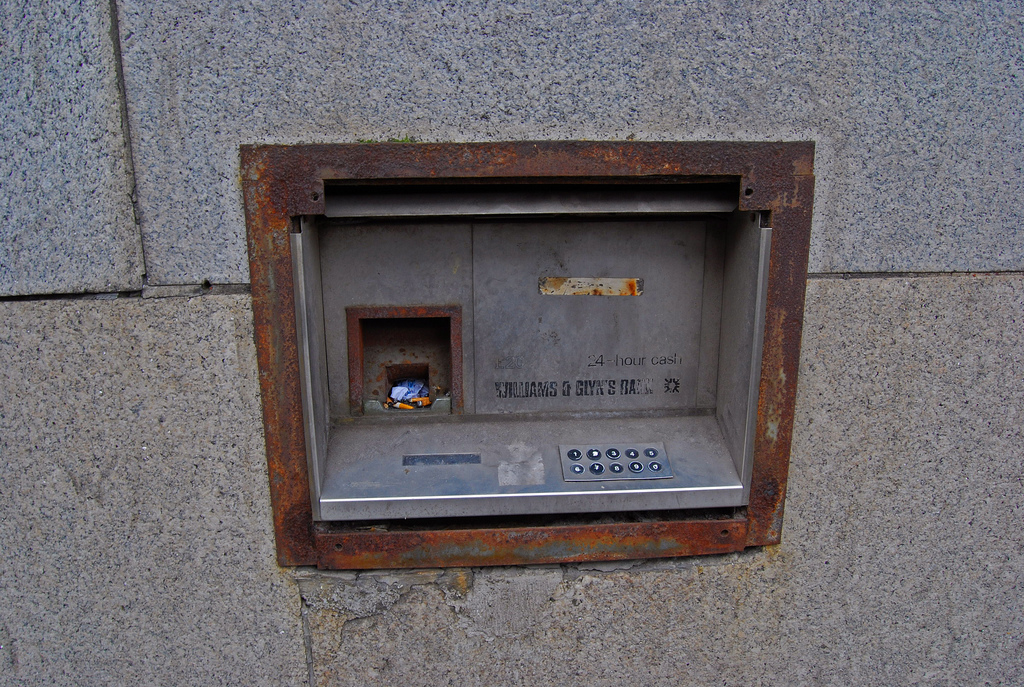 The amount in dollar terms, being withdrawn from the ATM is also rising fast, with $13.4 trillion withdrawn from ATMs globally in the last year. This equates to $2.6 million each minute. The wear and tear on existing machines coping with this demand is obvious as well as the point that ATMs offering much more than just cash withdrawal and the technological changes taking place will also spur renewal.

ATM replacement
Although the global installed base is growing, this is made up by a significant amount of machine replacement. Each year 55 percent of all global ATMs delivered in 2014 were estimated to be replacing an existing ATM (Retail Banking Research, Global ATM Market and Forecasts 2014). By 2019, as the install base is bigger, this is expected to rise to 68 percent of shipments.

ATMs are generally replaced in 9-10 year replacement cycles and interestingly in a mature ATM market like North America, 95 percent of all new ATMs installed over the next five years will be replacements.

Reasons for replacing
So what’s driving this replacement surge? Several factors already mentioned are at work including continuing to meet global accessibility standards, consumer experience, EMV compliance and the convergence of mobile and banks pushing consumers more towards the self-service channel.

Growth is predicted in the automated and intelligent deposit sector too as banks continue to roll out such machines in growing numbers. More financial institutions are expected to follow the early adopters of such technology and include in their regular ATM replacement cycles.

Customers also will require more self-service functions in their ATMs, for instance, as they come to expect video teller technology, as banks re-evaluate the branch estates.

Another factor likely to spur ATM replacement, and this comes back to customer experience, is contactless technology. As consumers adapt to mobile payments and banking, the requirement to offer more secure, contactless ATM transactions will mean consumers could utilize “tap and pin” before withdrawing their cash – speeding up transactions by at least 20%.

The ATM looks to be here to stay and as replacement efforts continue the ATM will also become as important as ever wider financial innovation and customer experience activity.

Reimagining the ATM for the 21st century

One of the things we’ve witnessed over the last decade or so...