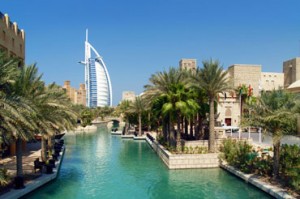 Financial inclusion is increasing rapidly around the world.  The number of unbanked adults has fallen by 20 percent between 2011 and 2014, according to latest analysis by the World Bank. While digital technology is becoming increasingly important, more account holders also means more money being transacted through official banking channels such as branches and ATMs.

The Middle East is no exception to this trend, 14 percent of adults now have an account.  This is up from 11 percent in 2011. Digitizing private sector wages could help further cut the number of unbanked by six million, or a further seven percent.

There are lots of things to consider as more and more people enter mainstream banking, and one question we can ask is what further positive impact can ATMs have on this region?  Early indications from Retail Banking Research are that this will be significant with a 55% rise in the number of ATMs in the Middle East to 232,000 ATMs by 2018.

Large parts of Middle East and Africa have a large proportion of adults without bank accounts. As more demand and gain access to banking, there will be more pressure on the existing ATM infrastructure. This is especially relevant here as cash remains the favored transaction method. How people choose to pay will affect ATM usage, therefore impacting things like deployment, technology used in the machines, cash management, maintenance, and a whole host of other things.

Financial inclusion in the Middle East is largely about opening a bank account and being able to withdraw cash at ATMs.  Such is the popularity of the ATM in MEA that annually we see over 9 billion cash withdrawals totaling over $827 billion.  As cash remains so central to the Middle East economies, the ATM, such as the SelfServ 23 will play an increasingly important role. Card payments will likely rise too but as we’ve seen in developed markets, this happens alongside continually high reliance on ATMs and cash.

Greater financial inclusion, and ATM usage, ultimately means providers will have a greater incentive to tailor solutions to the relevant market as financial institutions look to generate revenue, lower costs and improve the consumer experience.

Smartphone Use to Double in Middle East, Africa