Contactless payments have been gaining traction for a while and we're now at a stage where, for many people, they're the most convenient way of conducting a low-value transaction.

The ability to simply tap a credit or debit card to a reader for items that would have been below the limit of many stores' card payment threshold in the past, makes life more convenient for consumers. They can complete payments much quicker without ending up with a pocket full of loose change.

This convenience is a key reason why the growth of contactless technology has been so high. So, what's the state of contactless cards right now and what can the industry do to push adoption even higher? 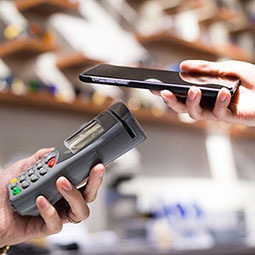 The growth in usage
In Europe, for example, research conducted by Visa shows one in five payments using its cards are now contactless, up from just one in 60 in 2013. This equated to three billion contactless transaction taking place across the continent in the 12 months to May 2016.

Elsewhere, figures from the Smart Payment Associationshow that seven out of ten payment cards shipped in the Asia-Pacific region last year were contactless enabled, with this rising to 90 percent in China. In Australia, where contactless POS machines have been mandated since 2014, two-thirds of consumers say this is their preferred way to pay.

But there's still work to be done. The US, for example, lags behind many other developed regions and, without the need for a signature or PIN verification, some people still have concerns over its security.

Are best practices being used?
For instance, it was recently stated by one UK-based campaign group that many merchants - particularly bars and restaurants - could be putting customers at risk by not following best practices.

The group stated that in many locations, contactless card readers are kept behind the bar or otherwise out of sight, meaning consumers have to hand their cards over to staff in order to make a payment. This goes against recommendations from banks and industry bodies.

However, this isn't just an issue that's limited to contactless payments, as individuals should always ensure their card never leaves their sight, regardless of whether it is contactless enabled, and if best practices are being following, contactless payments are no more dangerous than a chip and PIN transaction.

Meeting the security concerns
In fact, in some situations, the rise of contactless can even enhance security. ATM transactions are one such area where the technology stands to be highly useful.

This is because skimming continues to be a major security issue for these devices, with criminals attaching scanners to machines that can read a card's data as it is inserted into the slot. But if an ATM is contactless-enabled, users can bypass the card slot completely, thereby defeating the skimmers.

Elsewhere, many people worry that if they have a contactless card lost or stolen, a criminal could rack up huge charges making payments before the card is cancelled. But in fact, all contactless cards have built-in protections to prevent this, such as requesting a PIN to verify a transaction if it is being used too frequently.

Some users have also raised concerns that criminals could be able to “steal” money by bumping into them in the street with a reader, but again, this is a worry that's unfounded.

The task for the industry may therefore be to educate their customers about the protections that are in place. The benefits of doing this are huge, because as the usage figures show, once people are comfortable with contactless, it will quickly become their first payment option.