Is self-service the future of consumer experiences? New figures certainly suggest that consumers are going down this route.

The global self-service technology market is estimated to have grown to $15.9 billion in 2015 and is expected to be worth $42.3 billion by 2022, according to a new report by P&S Market Research, "Global Self Service Technology Market Size, Share, Development, Growth and Demand Forecast to 2022." 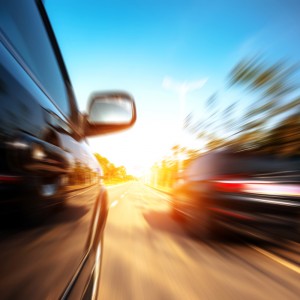 Within this market, ATMs are the “dominant” device as financial institutions greatly expand their self-service channel.
The report covers conventional, brown label, white label, smart and cash dispenser machines. And while the conventional ATM is top of the tree at the moment, brown label ATMs are set to take over in the coming years.

“In 2015, conventional ATM is estimated to dominate the market, with a market share of approximately 36 percent,” says the report. “However, brown label ATM would outpace the conventional ATM to become highest revenue generating ATM type by 2022.”

Leaving aside the question of conventional or brown label ATMs, the first thing we need to ask why the self-service channel is expanding so rapidly.

According to the P&S Market Research report, it’s down to a combination of technological advances, better wireless networks and greater demand for automated devices. Better technology is fuelling consumer demand as it’s possible to do more in the self-service environment. Deployers like banks are also finding it’s more cost-efficient to use self-service more - for instance, cash recyclers free up branch tellers to perform value-add functions in branch rather than counting cash.

This ties in with a separate study from Allied Market Research, which found that self-service adoption is being driven by the need to deliver more convenient services to customers and optimize the cost of delivery. On the technology side, this report noted two key advances - contactless and biometrics - as having a big impact on future self-service demand.

Consumers are increasingly proactive and want to remain in control. ATMs and other self-service devices fulfil this need, especially when they can be integrated with other banking channels, such as a customer’s mobile banking app, to enable delivery of many more services than previously was possible.

However, the P&S Market Research report does note that fraud and security concerns are constraining growth. For example, in the ATM space, card skimming is a threat that cannot be ignored.

Efforts to win over both deployers (such as banks) and consumers to the value of the self-service channel therefore needs to focus on these areas more in future.

Again, though, technological advances are key. Using skimming again as the example, contactless ATM transactions could cut off this fraud vector completely.

The global market for self-service technology in the banking...