What’s behind the war on cash – what is the reality? 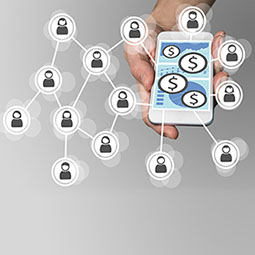 Throughout the fintech media, banks, governments and financial technology experts are continually promoting a 'cashless future' for all as both great news and inevitable at some point. A fully cashless society is presented as significant progress, something fashionable, modern, convenient, secure and ideal for everyone, not just those on the cutting edge of innovation.

Whilst acknowledging that there are real trends emerging in behaviours in society towards digital payments and cashless, there are also very strong trends that remain around consumer cash use.

We live in a world driven by change, where even the slightest shift of technological innovation is often turned into mass hype. Amidst all the hype and noise, it’s important to remember that we also importantly live in a world of choice.  Just because the media is not mentioning something – it does not mean it is not relevant. This is very much the case in the cash vs cashless battleground, particularly given cash use is regularly talked as being not important – this however just isn’t the case.

Why the push for cashless

The 'war on cash' has been raging for some time. Almost every day there are articles around why a cashless future will appear soon.

Sweden allegedly leads the way in the drive to reach this cashless utopia (though note that a recent visit I made to the country suggests this may not be accelerating at the rate once thought). The UK is edging that way too. London buses stopped accepting cash in 2014. We have initiatives like no cash day run by card issuers too, should consumers need further education into cashless. Just to put consumer cash use and cashless in the UK into context. £9.4Billion was spent on contactless cards in the UK in 2015 (Source: UK cards association). Contrast this with the phenomenal £188 billion withdrawn from ATMs – that’s equal to £6,000 a second. (Source: Retail Banking Research).

Major companies like Visa have been keen to inform cardholders through a recent campaign that they can “make contactless payment with confidence and feel liberated from the need to carry cash”.

PayPal plastered cities and TV with adverts claiming that "new money doesn't need a wallet", along with a video proclaiming: "New money isn't paper, it's progress".

It seems that there is a well-orchestrated strategy to make consumers somewhat uneasy about using cash. Surveys are often used to back up this push – but even these can be misleading. An example of this was recently cited in the UK press where “Monthly visits becoming the norm as Brits rely less on cash” was proclaimed. The headline would have you believe cash isn’t important – what the survey did actually identify was that 80% of those surveyed do still visit an ATM weekly and a staggering 90% still carry notes and coins!

If people really were reluctant or not wanting to use cash, they wouldn't need adverts to tell them. These slick campaigns are very much aimed to include only those with access to a bank account. Very few media champions defend cash. One of the few examples that can be found is cashessentials.

The likely reason for this is that cash is like a taken-for-granted public utility, whereas digital payments platforms are largely very new and often competing with each other for which technology is likely to appeal most to the masses

There may be some stumbling blocks in society ever going fully cashless. Three key reasons are:

The future
We are in a world of endless consumer choices when it comes to payments be it through cash, card, check, contactless, e-Payment or even virtual currencies.

Whatever the platform, a monetary transaction still involves specific goods or services being exchanged for a payment mechanism (be it cash or cashless) in order to give access to general goods and services from others.

Whilst cashless may the convenient option in societies where technology and connectivity is commonplace, it’s still not the option for all. Cash remains convenient, secure, trusted and reliable. Remember – almost 30% of the world’s 7 billion population still do not have a basic bank account and with approximately $425,000 USD withdrawn from the world’s 3 Million ATMs every second cash is likely to remain as a preferable payment method for some time.