What will it take to get more Americans into mobile payments? 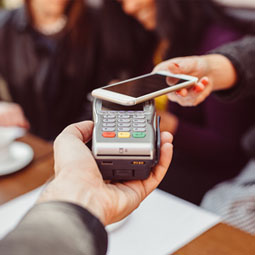 The mobile channel is now a well-established and familiar part of the payments ecosystem, but research has suggested that while people in North America are generally aware that they can use their phones to make payments, adoption of these services has been relatively slow.

Why is it that North American consumers have felt no urge to increase their use of mobile payments over the past year or so, and is there anything businesses can do to get the market moving?

Cash and plastic still lead the way
The 2016 North America Consumer Digital Payment Survey by Accenture found that tried-and-tested payment methods - namely cash and plastic - continue to dominate the market, even though the proportion of consumers who use cash at least once a week dropped from 67 percent in 2015 to 60 percent this year. It's expected to continue falling in the near future, dropping to 56 percent by 2020.

Nearly six in ten North Americans (58 percent) use debit cards at least weekly and 53 percent make regular payments with credit cards. More than 4,000 smartphone users in the US and Canada took part in the survey.

As far as mobile payments are concerned, the share of respondents who were aware of this channel increased by four percent from last year to 56 percent, but regular use of it was flat at 19 percent.

There is a great deal of positivity about the future of this market, with consumers expecting the use of mobile wallets by card networks and technology giants to increase by around 60 percent over the next four years. But what is stopping people from embracing mobile payments here and now?

Robert Flynn, managing director of Accenture Payments in North America, said: "Consumers are content to use cash and plastic for their everyday transactions, and while the use of cash is declining overall, it is the most commonly used form of payment - and consumers expect it to remain so in 2020. To shift consumers' payment behaviors will take more than just providing another 'me too' mobile payments option; leading merchants will identify and provide next-generation, value-added services."

Offering new experiences
One challenge for businesses seeking to encourage mobile payments is showing consumers why this channel is different from the methods they're used to. In the Accenture survey, 37 percent of the people who had never made a payment with their mobile phone thought cash and plastic were sufficient for their needs. Around one in five preferred not to store payment credentials on their smartphone (21 percent) or had concerns about unauthorized transactions (19 percent).

Michael Abbott, digital lead for Accenture Financial Services in North America, pointed out that the incentives are not yet there for people to abandon the existing payments system.

We can certainly expect to see some exciting innovations in mobile payments over the coming years, which could lay the foundations for serious growth in the market as consumers see what providers are capable of. Google, for example, is working on Hands Free, an app that allows users to make payments without even taking their phone or wallet out of their pocket.

As far as security is concerned, one concept with plenty of potential is biometric authentication, something that is already gaining support in Europe, according to Visa.

So there's clearly scope for financial institutions, merchants and payment service providers to show consumers how much more can be achieved in mobile payments. With consistent innovation fuelling increased adoption of these services, the market in a few years could look very different to the one we know now.