What really matters to ATM users? 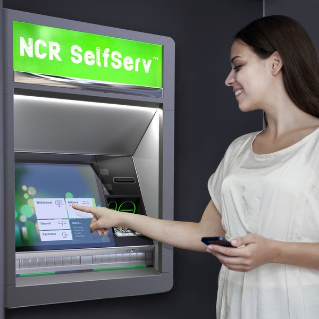 Knowing what is truly important to your customers is extremely valuable for financial institutions, since it puts you in a stronger, more informed position when it comes to making investment decisions.

As far as the ATM channel is concerned, research has suggested that preferences and expectations vary across different markets. This can be very important particularly given the ATM can be one of the most commonly used touchpoints consumers have with their financial institution.

It's therefore important for providers not only to be tuned into what their different demographics want, but to invest in delivering it.

Regional preferences
Commissioned by Transaction Network Services (TNS), Kantar TNS conducted a survey of more than 3,000 consumers spread evenly across three key markets: the UK, the US and Australia.

Dispensing cash remains the primary function of the ATM, with 60 percent of respondents saying they use machines for this purpose. However, this could change in the future, partly thanks to the younger generation. More than half (53 percent) of 18 to 24-year-olds in the UK said they use ATMs for more than just cash withdrawals.

The ATM is now capable of much more than simply providing cash, such as accepting mixed-media deposits and allowing users to pay bills. Modern machines can also help your business to reduce costs and drive efficiency with functions such as cash recycling.

Other findings from the research provided an insight into developments in the availability and functionality of ATMs.

Australian respondents (39 percent) were more likely than their counterparts in the UK (21 percent) and US (32 percent) to have used an ATM at an open-air venue, such as a festival or fairground. This was also found to be most likely in the 18 to 24 (42 percent) and 25 to 34 (43 percent) age groups.

Around one in seven people (14 percent) had used an ATM to withdraw foreign currency, something that is becoming increasingly common at travel hubs.

Evolution and expansion
What this research shows is that, after 50 years, the ATM is not only still relevant, but is a multifaceted and evolving part of the retail banking industry.

Lisa Shipley, executive vice president and managing director of TNS' payments division, commented: "This technology has evolved and expanded beyond simply being an additional bank-managed service and has created a thriving industry of ATM operators and deployers. As we look to the future, it's vital that we understand how changing consumer habits are influencing this cornerstone of the payments industry."

Consumers all over the world continue to rely on the ATM to access cash, and as the latest PYMNTS Global Cash Index shows, physical currency remains the "go-to payment method" for many consumers in places like Australia.

But beyond that, the self-service channel is expanding to give consumers an unprecedented level of choice and convenience, offering everything from video connections to remote tellers, to touchscreen interfaces, to contactless access.

In the years to come, we can expect ATMs and cash to remain at the heart of an increasingly diverse and dynamic payments ecosystem.

For banks, these channels are as important as ever, and should be a key consideration in ongoing investment and strategy decisions.