Cash is always in the spotlight, mainly because people keep writing it off at the expense of emerging digital payments methods such as Contactless card transactions or ApplePay. As a new report on the evolution of cash in the UK highlights, the importance of cash to consumers is as high as ever. 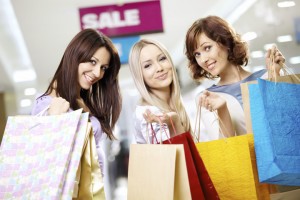 The Bank of England’s quarterly bulletin looks at how cash usage has changed and what might drive demand for cash in the coming years.

Most striking of all is that the value of banknotes in circulation continues to grow, tripling over the past two decades. This has outpaced aggregate spending in the economy, which chimes with the latest figures from the ATM Industry Association showing global cash demand is increasing more than three times faster than worldwide economic growth rates.

At the end of July 2015, the value of notes in circulation stood at £62.6 billion, equivalent to around £1,000 per person in the UK. This increase comes despite there apparently being downward pressure on demand in both regular and spontaneous payments.

Most regular payments - bills etc - are facilitated by standing orders and direct debits. In fact, just ten percent are paid for with cash.

Cash has held up better for high frequency, small value transactions - it is still the most commonly used payment method at 52 percent of transactions. “The value of spontaneous cash-based payments has, on the whole, been quite stable over the past fifteen years,” the Bank adds in its report.

So where does the demand for cash come from, if as the report says, it “has not been driven solely by domestic transactions.”

There are three markets for cash - domestic economy, overseas and the shadow economy. In each of these, notes can either be used as a medium of exchange and/or as a store of value.

In 2014, the Bank’s data suggests around £10 billion of cash was held on average by banks - which it notes is at least partly down to the expansion of ATMs by 20% in the last decade, with the UK ATM install base now in excess of 70,000. Households held £3-£4 billion, while merchants held between £2 billion and £5 billion. This gives a range of £15 billion to £19 billion held in the transactional cycle, equivalent to 21 percent to 27 percent of cash in circulation.

This begs the question: if the majority of notes are not being used for everyday transactions in the domestic economy, what are they being used for?

Some of it is held as a store of value - domestic households hoarding cash is estimated at around £3-5 billion, or just under ten percent of notes. But this still doesn't give us the full amount.

“The evidence available indicates that no more than half of the stock of notes in circulation is likely to be held within the domestic economy, either for transactional purposes or as a store of value,” the Bank report said. “The remainder is likely to be held either overseas or for use in the shadow economy, primarily as a store of value in both cases.”

Cash can exit the UK - for transactional purposes abroad. Usually, this is travel money purchased for use in the UK or notes sitting in bureaux de change. Overseas residents may also hoard Bank of England notes, though the Bank says there is “no firm evidence” of the value held.

Finally, the Bank notes that some cash is lost, destroyed or just forgotten. It suggests this accounts for one percent of notes in circulation.

Ultimately, defining exactly why cash demand is rising is not easy; all that really matters is that it is going up.

A bright future for checks?

In the wake of mobile banking many predict the death of the...

Global cash demand growth is not just about inflation

Cash demand is increasing more than three times faster than...