What does the future hold for India's white-label ATM sector? 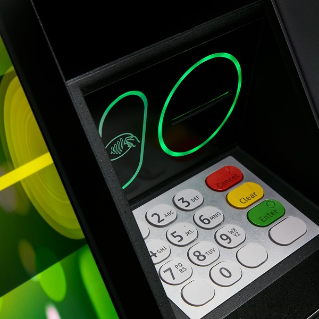 One of the big challenges facing India's banking system is financial inclusion. The government and financial institutions are looking for solutions to the challenge of extending basic services to people who are currently outside the banking system, many of whom live in remote locations.

There are various strategies underway to address this issue, one of which is the wider deployment of white-label ATMs (WLAs) - machines run by independent, non-bank operators in rural regions to support financial inclusion.

However, this sector has encountered some challenges, leading the Reserve Bank of India (RBI) to conduct a review of its WLA guidelines.

Trends and challenges in the WLA sector
One of the biggest problems for the WLA sector in India has been slow deployment. There are approximately 14,000 of these machines operating at the moment, which is below the target set by the RBI, according to figures reported in the Economic Times.

Indicash, a sub-brand of the Tata conglomerate, was the first authorized operator of WLAs in the country. It committed to a target of deploying 15,000 ATMs and, as of October 2016, had rolled out 9,000 machines.

Sanjeev Patel, chief executive officer of Tata Communications Payment Solutions, said: "If [the RBI is] talking about deployment targets not being met, it would help if they found out the reasons behind the slow pace of the industry. One of the major reasons is the low interchange fees for ATM transactions."

Interchange fees - the amount paid by the bank that issued the card being used at the ATM - were cut from 18 rupees to 15 rupees, reducing revenue for the WLA operators.

The sector has also faced the challenge of demonetization. In November 2016, the Indian government announced that all existing 500-rupee and 1,000-rupee banknotes in circulation would be rendered invalid, with new 500-rupee and 2,000-rupee notes being issued in exchange. This had a big impact on cash availability and the economy as a whole, creating knock-on effects for many banks and financial services providers across the country, including WLA operators.

What could the future bring?
In its 2016-17 annual report, the RBI announced that it would be conducting a comprehensive review of WLA guidelines, with a particular focus on deployment targets. WLA operators will be hoping that this throws light on some of the obstacles to progress in the sector and gives rise to possible solutions.

There have been encouraging developments, including the RBI's decision to allow WLA operators to source cash from retail outlets, meaning they are not entirely reliant on banks.

On the cash supply front, the RBI recently announced that it would be "ramping up" production of the recently introduced 200-rupee banknote. The central bank has also entered a new 50-rupee note into circulation.

For banks and ATM deployers, there are solutions available that can help to maximize cash availability and boost operational efficiency. These include demand forecasting services and next-generation ATMs with inbuilt cash recycling functions.

Physical banking and payment channels still have an extremely important role to play in India and other key markets across the globe, so this sort of innovation and investment by banks could prove vital to financial inclusion efforts.