What does mobile banking tell us about other channels?

More mobile means less branch. More online means less call center. Perhaps to some extent these assertions can be justified, but the way people engage with their bank is not a zero sum game.

Statistics on mobile banking, as the most pertinent example of the moment, can tell us a lot about how people wish to interact with their bank in a wider sense.

A Federal Reserve survey found that people who use mobile banking services generally access them frequently, but “not to the exclusion of other kinds of bank services.” This is not revelatory in itself, but the details are interesting.

Mobile banking customers use multiple channels: 82 percent reported using four or five of these channels, compared to just two percent who used one or two channels. 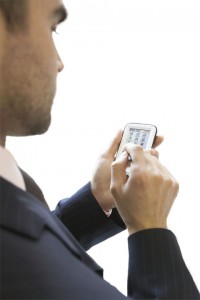 Customers who use mobile banking do make fewer ATM or branch visits, the Fed found, but not by much. The authors note that “while mobile banking users are utilizing technological platforms at a high rate and on a consistent basis, they have also maintained connections to their banks through the more traditional branch and ATM channels.”

For example, for a large number of mobile bank customers the ATM remains the number one way they interact with their bank.

Respondents were asked to list the three main channels they interact with their bank. For the group who use mobile banking, 80 percent listed the ATM in their top three, making it their number one preferred channel, while mobile scored 60 percent. There are clearly some important messages in here about how banks align their mobile and ATM channels to deliver a single consumer experience.

Bain & Company noted in its Customer Loyalty in Retail Banking report how people who use digital and physical channels to interact with their bank are generally happier. These customers delivered a Net Promoter Score (NPS) 16 percentage points above consumers using digital only channels, and 22 points higher than those who rely on physical channels only.