What does a negative deposit rate mean for banks? 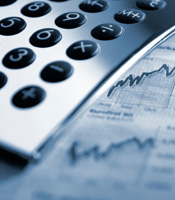 Cash management is a complex equation for banks, not least because of the changing regulatory environment since the financial crisis. One thing that’s been steady throughout has been low interest rates. Recently however we’ve seen the European Central Bank take things a step further with a move into negative deposit rates.

What is a negative deposit rate?

A deposit rate is a fairly new thing and is a policy tool that enables banks to deposit excess cash with their central banks and gain interest.

In the US, the Interest on Excess Reserves Rate (IOER) was introduced in 2008. The idea is to help control short-term interest rates. Since then the excess has jumped to around $2.3 trillion from around nothing before its introduction.

The Fed pays 0.25 per cent interest on cash it holds on behalf of the banks—well higher than the market Fed funds rate for banks lending to each other overnight, which is practically zero.

So by turning the deposit rate negative, the retail bank has to pay the central bank to hold its cash for it overnight, rather than earning interest. The idea is to make it more attractive for banks to lend money and boost liquidity.

A negative deposit rate makes cautious banks less likely to lock away their reserves. The ECB is not the first to try it—Sweden has been charging banks for holding excess reserves for some time now and recently increased this levy, while Denmark has done the same.

What does it mean for banks?

If the bank is charged for parking reserves, cash management has to adjust. Effectively there is now a big incentive for European banks to hold banknotes overnight.

“If banks are to be charged for holding excess liquidity … they have an incentive to hold banknotes to avoid that charge,” Goldman Sachs explained in a note seen by the Financial Times. This would suggest that the policy won’t work as the ECB wants—banks can simply convert excess liquidity into banknotes.

Now the central bank could tax banknotes—it could cancel a portion based on serial numbers.

Or it could ration the issuance of banknotes. But controls on cash are “unlikely”, says Goldman, as it would undermine confidence.

Yet, as the bank points out further, converting all this excess liquidity into banknotes is not cost-free. “Holding large stocks of banknotes entails costs, even without policy interventions. Warehouses must be hired and guarded. Cash must be transported and insured.”

This would mean, as the FT’s Izabella Kaminska points out, that paper cash has a scarcity value with “a forward curve that depreciates over time because of warehousing costs, meaning money’s only worth holding physically if the rate at the central bank is even more erosive”.

There has been some clamor for the Fed to cut its rate. St Louis Fed president James Bullard has called for the bank to study the impact of turning the IOER negative. Fed chair Janet Yellen has left the possibility open of cutting the rate, but has also warned about the impact on short-term money markets. She will probably wait and see what the effect in the Eurozone is before taking any action.