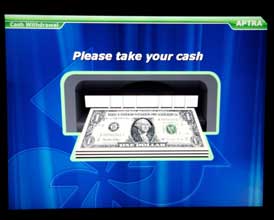 The Federal Reserve has begun to tighten monetary policy, with most expectations for an increase in interest rates over the next 12 months. Around the world, interest rates are highly changeable as central banks respond to market forces.

For cash teams, a changing interest rate environment requires ongoing assessments of the interest cost of holding cash versus the transport costs of depositing this cash at the central bank.

Quantitative easing (QE) has flooded the banking system with reserves and the Fed is not unwinding this, instead keeping the securities on its balance sheet and raising rates. At the moment banks have more cash at the Fed on deposit than needed to settle withdrawals, which means they’re not borrowing from each other as in previous years.

In the US, as in other countries such as the UK, the central bank pays banks to park excess cash with it overnight. This is done by means of the Interest on Excess Reserves Rate (IOER), set at 0.25 per cent. This creates a floor for the Fed Funds rate as banks will not lend surplus reserves to each other at rates lower than can be achieved by depositing at the Fed. The IOER acts as an important tool for monetary policy, giving the Fed greater control over interbank rates. But it also has a big effect on the cash cycle.

Physical cash carries a loss of interest cost, as it is not earning interest at the central bank.

Excess reserves can be converted to physical cash, but as the reserves are earning interest, it is desirable for the amount of cash on hand to settle customer withdrawals to be kept to a minimum.

Holding cash causes an interest loss to the holder, in this case the bank, which is storing notes in its vault or the ATM and is not earning interest on them.

What does all this mean for cash teams?

When the Fed raises rates, the IOER will be the primary tool to move them higher, which will incline banks to deposit any excess cash as soon as possible in order to relieve their balance sheets.

However, before doing so, the bank ought to carry out a cost-benefit analysis between the interest costs of holding cash versus the transport costs involved in depositing this cash at the central bank.

With banks having the ability to earn more interest on reserves held at the Fed, the ability to have an accurate picture of cash inventory becomes even more important due to the potential loss of interest would be much higher. 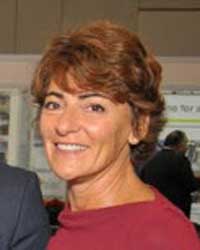 Cleopatra Mavredis is NCR’s Global Marketing Manager for Channel solutions and has more than 20+ years of experience in the ATM industry. NCR’s channel solution portfolio is comprised of APTRA Vision, Inetco Insight and OptiSuite solutions.

Mobile ATM Security under the microscope

Mobile-ATM integration is gathering pace as consumers and...