Virtual reality - the next big thing in payments? 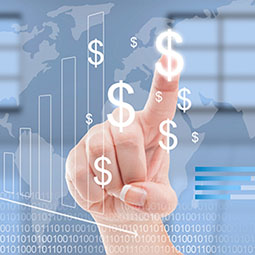 The past decade has brought unprecedented growth in the payments space, from the introduction and rising popularity of contactless cards to the emergence of Apple Pay, Android Pay and Samsung Pay.

So what will be the next technology to make its mark in the sector? One possibility is virtual reality, something that is set to become increasingly familiar to consumers and potentially profitable for businesses in the coming years.

There are signs that virtual reality could have a big impact on payments, with influential companies like Chinese ecommerce giant Alibaba showing an interest in the technology.

Is virtual reality about to hit the mainstream?
Virtual reality products like Facebook's Oculus Rift and the Samsung Gear VR headset have enjoyed a massive increase in profile and revenue in recent years, and look set to continue growing.

According to figures from statistics aggregator Statista, revenue from sales of virtual reality products - hardware and software - soared from $90 million in 2014 to $2.3 billion last year. The figure is expected to hit $3.8 billion this year, before rising steadily to $4.6 billion in 2017 and $5.2 billion the following year.

The biggest test to date of the technology's mainstream consumer appeal is about to begin, with American electronics retailer Best Buy set to commence demonstrations of Oculus Rift at 500 outlets across the US. The chain is also hoping that previews of Sony's PlayStation VR system - due for release in October - will deliver a boost for Christmas sales.

Brad Thomas, a retail analyst at Keybanc Capital Markets, told Bloomberg: "The performance of virtual reality at Best Buy will be a very good indicator of how successful the VR movement will be."

How could it affect payments?
It's often the biggest businesses - those with the financial resources and flexibility to take a chance on new things - that lead the way as far as innovation is concerned. Chinese ecommerce group Alibaba, which posted revenue of 24.2 billion yuan ($3.6 billion) for the first quarter of 2016, has deemed virtual reality shopping and payments worthy of investment.

The company is working on technology that will let customers browse through a virtual shop called Buy+, picking up items and trying on clothes as they go. It's also developing a system to let people pay bills and access payment accounts in a 3D virtual world. The shopping and payments technologies are currently separate - meaning it's not yet possible for customers to use virtual reality headsets to complete retail purchases - but this could be set to change.

A spokesman for Ant Financial, Alibaba's financial affiliate and the owner of China's leading mobile payment tool, told China Daily: "Consumers of Buy+ can shop in a virtual world, but they will still have to take their headsets off and go back to the real world to pay bills. We are working on the VR-driven payment tool to offer a really immersive and complete VR shopping experience."

There's little chance of the US being left behind as far as virtual reality payments are concerned, with payment processing provider Payscout demonstrating at this year's CNP Expo in Orlando how virtual reality and card-not-present technologies can be combined in the ecommerce marketplace. Payscout CEO Cleveland Brown said virtual reality "has the potential to transform payments, and ecommerce in particular".

With so many exciting developments happening now and on the horizon, this is clearly a technology that banks, transaction processing firms, retailers and many other businesses should be keeping an eye on if they want to stay ahead of the curve.