Why usability is important in driving consumers to the ATM channel 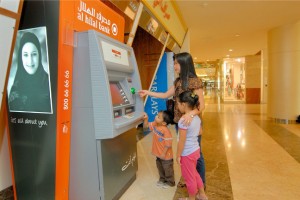 You may be thinking that if the ATM is just a self-service banking terminal that accepts deposits and dispenses cash, why is usability so important?

First of all, usability is important given the huge and growing number of machines. Banks and independent ATM deployers now offer the ability to deposit and withdraw cash at 2.8 million ATMs worldwide. Recent estimates suggest that four million ATMs will be installed globally by 2019. ATMs are cropping up in ever more diverse locations - ATMs are found in shops, hotels, gas stations and airports among other places. It is important that the consumer experience at the ATM is intuitive and fulfilling.

There are two factors which contribute to the actual usage of a particular ATM. These are its location and usability. You won’t use an ATM if it’s not in the right place. But you also won’t use it if it’s hard to work, or doesn’t function the way you want it to.

The average ATM will handle around 2,700 withdrawals each month; but it can be significantly higher, with some handling in excess of 15,000 transactions each month. Given this, ATM usability is important because the greater usage a bank’s ATM receives, the more potential there is for revenue generation and high levels of customer satisfaction. This is why financial institutions should not underestimate the importance of good ATM interface design.

In terms of wider technology, usability is concerned with making systems easy to learn and easy to use. For ATMs the more user-friendly, the more it’s worth more to the consumer. Good usability means customers spend less time using the ATM, which can mean less waiting times at busy locations and ultimately higher levels of consumer satisfaction.

There have been improvements in the usability of ATMs over the years but this is something now of growing importance. As technology changes, the ATM interface is evolving also to take advantage of the many new technological innovations and different levels of consumer interactions, such as multi-touch and pinch and swipe.

The modern ATM should be flexible, expressive and easier to use. Good ATM interface design can help ensure that users carry out their self-service banking transaction in an efficient, effective, safe and pleasurable manner. This has a number of benefits:

With ATM transaction volumes and the value withdrawn increasing, usability and the consumer experience will become more important in ensuring the ATM continues as a dominant self-service channel for consumers to get their cash.