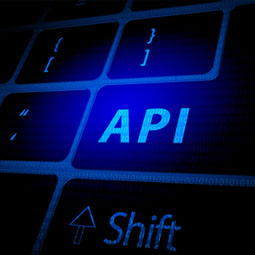 It's no secret that competition in the banking sector is fiercer than ever and legacy banks no longer have it all their own way. The formation of fintech firms and so-called challenger banks is disrupting the accepted order and giving consumers more options than ever when it comes to how they manage their money.

This is a situation that could be exacerbated by the introduction around the world of new “open banking” rules that are being developed as far afield as the UK and Australia, while multinational initiatives such as the EU's PSD2 regulations are also intended to boost competition by encouraging data sharing.

Many of these open banking rules will depend on the use of application programming interface (API) tools in order to effectively share data. So, how will this technology boost competition in the sector and should banks be viewing it as a threat or an opportunity?

The API evolution
API’s have been around for a few years now, but it's only recently with the explosion of technologies, such as mobile apps, and greater global internet access that they have come to be at the heart of many new digital innovations.

Essentially, these are mechanisms that provide control access to public and private data for use in other applications. For example, Google Maps' API is one of the most widely-used around the world with millions of websites using it to enhance location services for their users.

In banking, several companies have already moved into this sector, such as PayPal, which allows third-party developers to incorporate services from the company into their applications.

Last year, UK city minister Andrea Leadsom said the use of open data in banking, supported by the use of API’s, will be central to the government's plans to make the country a global center for fintech innovation.

She said: "Making it easier for customers to use their data in more effective or creative ways can help achieve this and we think the benefits and opportunities for customers could be huge."

How are banks reacting to this?
Some banks have expressed concerns that the era of open banking will put them at a disadvantage by giving emerging fintech providers access to some of their most valuable assets. But by reacting quickly to the upcoming changes and understanding how this technology can be used to enhance customer experiences, there is great potential for financial institutions to offer new services and provide solutions their customers want.

Among the banks exploring this are the UK's HSBC and Australia NAB, which have both opened up developer portals to give third-parties access to data.

HSBC has made three API’s available to help locate branches and ATM’s, as well as find suitable products. NAB is expected to launch a similar branch and ATM location service, as well as a tool for up-to-date information on foreign exchange rates.

Chief operating officer at NAB, Antony Cahill said: "With the rise of the digital age and evolving customer expectations, API’s have become core to banking infrastructure to enable rapid deployment of various functions across multiple channels to meet those customer needs and quickly keep pace as those needs evolve."

The era of data sharing and open banking will require careful navigation by banks to ensure they can compete effectively with new providers, but it should ultimately prove beneficial for both financial institutions and consumers.

Alasdair Smith, chairman of the retail banking market investigation at the UK's Competition and Markets Authority, said the proposed reforms will boost competition, remove barriers and give people more control over their money, leading to economic benefits of up to £1 billion ($1.23 billion) in the UK alone.