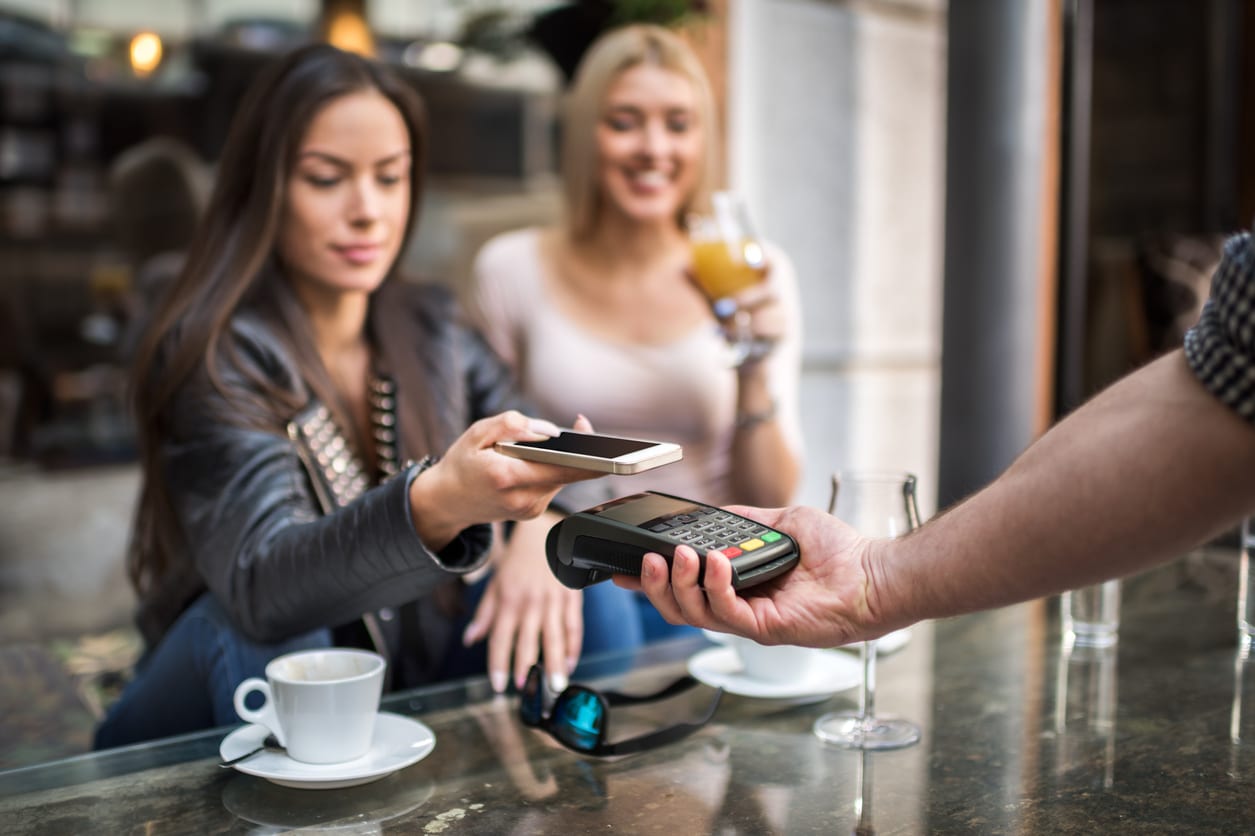 While the death of cash has been a much talked-about trend for many years now, and it’s certainly true that the use of cash is declining in many markets, there’s still a big divergence in opinion as to how quickly – and to what extent – traditional forms of payment will be displaced, particularly when it comes to in-person transactions.

Awareness and use of alternatives such as mobile payments is on the rise. Meghan Cieslak, director of communications at the Electronic Transaction Association, noted that more than one in three stores in the US (36 percent) now accepts Apple Pay, for example, up from just 16 percent a year ago, and nearly a fifth of consumers around the world made an in-store mobile payment in the last six months.

Who’s driving the move to digital?

It is often assumed that it will be younger consumers who are the keenest to embrace new payments options, but this is not always the case. Adrian Buckle, chief economist at Payments UK, told Banking.com: “It is not as simple as saying that people in certain age groups prefer one or other types of payment. We find people of all ages who are enthusiastic about embracing new methods of payment, as well as people of all ages who prefer to use cash to manage their day-to-day spending.”

While lack of familiarity can be a barrier to adoption, Mr Buckle said that once consumers try new payment methods and see for themselves how simple and secure they are, payments habits can change quickly.

“An example is given by contactless payments. Just a few short years ago, many consumers were reticent about trying contactless card payments; now many consumers have got used to this option and expect to be able to pay this way,” he said.

Despite this change in attitudes, many smaller businesses and micro-retailers around the world continue to be heavily cash-based businesses at the moment. Ms Cieslak said that even against a backdrop of declining cash use, many micro-merchants have until now found it too difficult or expensive to open a merchant account in order to accept electronic payments.

“However, products from PayPal and Square have removed the friction associated with obtaining a merchant account,” she continued. “Now, all merchants need is their smartphone and their card reader to take cards.”

In some markets, emerging technologies do not even require this in order for small merchants to expand their payment options. In the UK, for instance, Mr Buckle observed that the Paym system can allow these businesses to accept payments using only a phone number to have money sent directly to their account.

Ms Cieslak added: “As payments innovators continue to deploy cost-effective mobile technology, I anticipate the small and micro-merchant community will embrace it.”

Giving consumers the options they want

Ultimately, however, it will be consumers that drive the adoption of digital payment options in-store, not merchants.

Mr Buckle stated: “The key is that consumers value choice when it comes to payments; they want to be able to use the payment method that is most convenient to them in any situation. This is therefore an incentive for small businesses to embrace this and provide choice to their customers.”

Ms Cieslak added that the move to mobile is playing a key role in this, as people’s phones are now never far from their hand, making mobile and contactless payments hugely convenient in many situations, in addition to the extra security that digital payments provide.

One of the biggest arguments put forward in favor of cash has long been its ubiquity. Notes and coins are accepted everywhere, so consumers will never have to worry about how they’ll be able to pay for goods as long as they have cash in their pocket. But will this continue to be the case?

US restaurant chain Sweetgreen, for instance, is expected to go completely cashless across its 64 stores in 2017. Ms Cieslak said: “There are many reasons this move makes sense: cash-free stores are safer from robbery, and there’s no need to transport cash in (expensive) armored cars. Most importantly, going cashless will make the Sweetgreen experience more efficient and personalized for its customers.”

However, such moves may not be practical for all merchants. Mr Buckle added that as long as certain demographics – such as those managing limited budgets or irregular incomes – continue to profess a preference for cash, truly ‘cashless’ societies are still a long way over the horizon.

But, in an environment where people feel increasingly comfortable switching between payment methods based on their current situation, choice will be key – and this includes traditional methods.

“Much like the advent of cars did not eclipse walking and bicycles altogether, cash will play a role for the foreseeable future,” Ms Cieslak said.