Three reasons the ATM is still central to US banks

Mobile and online is surging, but a recent Federal Reserve report shows the ATM is still, after the branch, the most used method among consumers to engage with bank services. 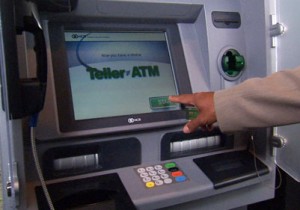 Three-quarters of customers use an ATM. This figure has held steady in recent years just as cash use has remained solid in the face of cards and other electronic transaction methods.

Several factors lie behind this. One is that cash use is persistently strong. While the US is among the leading cashless economies, the Diary of Consumer Payment Choice (DCPC) shows how cash “plays a dominant role for small-value transactions, is the leading payment instrument for many types of purchases, and stands as the key alternative when other options are not available”. Cash, at 40 percent of transactions, makes up the single largest share of consumer payment activity, followed by debit cards at 25 percent, and credit cards at 17 percent.

A second reason for the ATM’s continued importance in the banking infrastructure is that the technology can offer much greater functionality than before. Not only do we see bill and check payments, but video teller technology means consumers can now carry out much richer transactions at the ATM that typically only previously occurred in branch.

Of course consumers want more, and in order for the ATM to remain at the heart of retail banking it’s important for deployers to think about what they can offer their users. For example, the ATM Marketplace report on this sector showed how people are demanding more choice and functionality. This ranges from the 64 percent who want cash withdrawals in multiple denominations (not just $20 bills) to the 19 percent who want cardless cash withdrawal using a mobile app.

Three, security concerns are spurring people back to the relative safety of cash. One-third of US consumers (34 percent) say they are making more purchases in store with cash because of data breaches, according to ATM Marketplace. The fact is, cash remains the default payment method for many consumers to address digital payment challenges or to address security concerns.

And if there are continued problems around the security of electronic payments this could become more pronounced in the future. One in five (22 percent) said they would switch to cash for “all but the most expensive transactions” should issues around card payment fraud get worse.

The financial technology industry would be unwise to ignore...

ATM proves to be a popular banking channel among US consumers

American consumers are relying on cash machines more than...