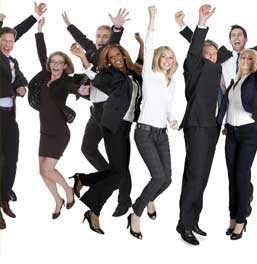 It’s easy to forget just how valuable an ATM is to our daily lives. When it’s easy to withdraw cash, deposit checks and carry out a range of banking functions at an ATM, the prospect of not having one nearby is not at the front of most people’s minds. More importantly, perhaps, bank bosses may not fully appreciate the importance of an individual machine for the customers it serves until it is not there.

The ATM install base is high and getting higher - we now have 3 million ATMs globally and there will be an estimated 4 million installed by 2019, according to RBR figures. So it’s easy to think that there is a universal improvement in ATM access and the provision of secure and convenient access to cash.

But not everyone has access to an ATM all the time. There are three stories that highlight the importance of the ATM to individual consumers.

If you want a glimpse into what ATMs mean to people, just look to Sweden and the village of Skoghall. After going six months without a cash dispenser in the town, residents celebrated wildly when a new machine was installed recently. The government of Sweden may have embraced the idea of going cashless - and some banks are even actively helping - but it seems the people of the country are not about to be swayed very easily.

Meanwhile, Scots in one town near Glasgow have been left fuming after three out of four of their local ATMs closed. Local politicians in Paisley were even asked to intervene as the shortage of ATMs hit customers.

Why does this matter? Firstly it shows how decisions taken by other operators can impact your own cash management and ATM operations. Residents of Paisley complained because the one ATM that is left is frequently running out of banknotes or just not working. It also speaks about the importance of branches - in this case, the closure of branches also meant the closure of ATMs, impacting the wider ATM network in the vicinity in ways that may not have been foreseen by the banks in question.

But above all it shows that ATMs matter a huge amount to consumers. While some deployers may just look at ATMs as a cost, a number on a spreadsheet, they are a lot more than that to the individuals that they serve.

Finally, in a move that mimics TD Bank’s ATM gifting stunt in Canada, one Middle East ATM operator recently surprised shoppers with a mobile ATM that dispensed cash-filled envelopes. What sometimes is shown now is how the ATM can act as a sales and marketing funnel as much as a branch or a TV advert. In a more everyday sense, this means placing relevant product ads on ATM screens, based on the user's own circumstances and previously defined preferences, can help drive additional revenue for ATM deployers.

The ATM has many uses but above all it’s still a vital self-service channel for many customers. For all the talk about cashless payments and online banking, going without a cash dispenser is simply not an option for a great deal of bank customers.

Through all the technological advances and changes in...

It is rare that industries are served well by consolidation...