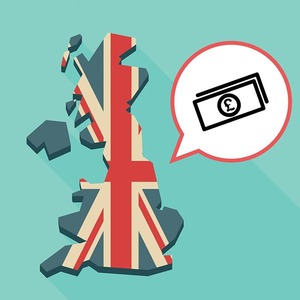 More than 50 years on from its introduction, the ATM is continuing to evolve, providing access to new functions and services that are equally beneficial for financial institutions and for individual customers.

It’s clear that ATMs have an extremely important role to play in supporting entire communities. As consumer habits change and cost pressures force more and more banks to reconfigure their branch networks, the self-service channel is stepping up and helping to ensure that customers can continue to access core services and engage with their banks.

Recent efforts in the UK to ensure that the public can continue to access free ATMs have underlined just how crucial this channel has become.

Vital importance
UK cash machine network LINK recently announced a series of measures which it said were designed to "maintain and rebalance" the ATM network, with a particular focus on securing the future of free ATMs in more rural locations.

While the interchange fee (the amount card issuers pay ATM operators) will fall by five percent from July 1, 2018, all ATMs one kilometer or more from the next no-fee ATM will be exempt from the reduction. There will also be an increased subsidy of 30 percent to help ensure that free cash machines are still available in locations that would be otherwise unable to sustain them.

LINK also revealed plans to publicly monitor free ATMs across the UK and highlight locations where free access to cash has been lost.

John Howells, chief executive of the LINK network, said: "LINK is committed to protecting free access to cash. The UK has a near record number of ATMs, yet the recent growth has led to the majority of these being placed in busy areas where there simply is no need for a new ATM. The combination of a reduction of the interchange, with the significant strengthening of the Financial Inclusion Programme, will begin to rebalance the network, making sure we protect and install new ATMs in locations that really need them."

Despite these plans, consumer group Which? said a reduction in Britain's network of free-to-use ATMs is still a big risk, seeing as more than two million UK consumers are "reliant almost entirely on cash.” The group called for an urgent market review by the Payment Systems Regulator to address the issue.

Beyond cash
Of course, ensuring that people have access to cash is a crucial role of the ATM. As various recent studies have shown, cash still has a very important part to play in most consumers' financial lives, and is therefore a key consideration for financial institutions.

However, it has become increasingly clear in recent years that the potential of the ATM channel extends well beyond dispensing cash. In locations that have been affected by branch closures, next-generation ATMs now make it possible for customers to complete tasks that once required a visit to a branch, such as depositing cash and checks or even speaking to a teller via an on-screen video connection.

Innovative features such as touch-screen displays and contactless card readers make the modern ATM user experience more enjoyable than ever. For the bank, meanwhile, there are huge cost and efficiency gains to be made from transferring more transactions and customer activity into the self-service channel.

The UK currently has an estimated 70,000 ATMs and it will be interesting to see how this channel evolves in the coming months and years.  The ATM has experienced massive challenges and change over the past 50 years and will continue to evolve in the years and decades to come. Ongoing growth and modernization in the channel will ensure that it remains as vital as ever to banks and their customers.