The role of AI in bank customer experience 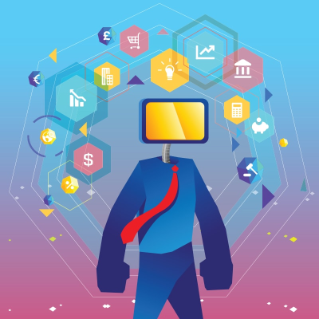 Forward-thinking banks are always on the lookout for new technologies and innovations that could help them deliver the best possible experience for their customers.

One area that is attracting plenty of attention is artificial intelligence (AI), a subject that seems to provoke just as much concern as excitement.

There has been much speculation about the future of AI and what it could mean for the human race, but the fact is that these technologies are already a reality for consumers and businesses, and there is no reason to expect any deceleration in progress during the coming years.

So the question for banks is: "How can we turn these innovations to the advantage of our business and our customers?"

Using AI to drive the customer experience
One of the fears associated with the growth of AI is that it will replace human workers, with businesses increasingly taking advantage of the cost-saving benefits of automating routine tasks.

But should banks be looking at the bigger picture - how AI can not only save costs, but also open up new opportunities to design and deliver next-generation services, and revolutionize customer experience?

Rather than being perceived as a replacement for people, AI can be deployed to do simple, monotonous jobs that don't require the human touch. Consequently, the human resources within an organization are given the time to focus on more complex, nuanced jobs that could ultimately prove much more valuable, such as engaging with customers and designing new products.

In a recent study, Capgemini spoke to nearly 1,000 companies that are implementing AI, either as a pilot or on a wider scale. More than four out of five respondents (83 percent) had created new jobs as a result of AI technology, while 71 percent had focused on upskilling or reskilling employees to take on new roles.

As far as customer experience is concerned, many forward-thinking companies are using AI to strengthen their engagement with customers. Nearly three-quarters (73 percent) of businesses surveyed by Capgemini said AI has the potential to improve customer satisfaction, while 65 percent were confident it could reduce customer churn.

The research also revealed that banking is one of the top three industries where AI has been implemented at scale, along with telecoms and retail.

Michael Natusch, global head of AI at UK-based financial services provider Prudential, said: "What we really want to do is to use humans to the best of their capabilities. AI is taking away the time humans previously spent on repetitive issues and allowing them to focus on where human intelligence can drive value - for both themselves and for customers."

The wider picture for AI
Some prominent figures from the business world - most notably Tesla and SpaceX boss Elon Musk - have warned that the evolution of AI could be a major threat to the human race.

However, there have been equally strong views expressed on the other side of the argument from the likes of John Giannandrea, the senior vice-president of engineering at Google. Speaking at the recent TechCrunch Disrupt SF event, Mr. Giannandrea said he is "definitely not worried about the AI apocalypse".

Looking at the issue from a business perspective, Mr. Giannandrea noted: "Machine learning and artificial intelligence is extremely important and will revolutionize many vertical industries, and I am very excited by the progress we are making."

As far as banking and financial services are concerned, one potential consequence of the growth of AI is the removal of barriers to accessing services. Mr. Giannandrea predicted a future of "pervasive computing", where computing power is an integrated part of the world around us, rather than being restricted to a desktop computer, tablet or smartphone.

This is already evident in the expansion of the Internet of Things and innovations such as smart home assistants. The ongoing development of these technologies already made it possible for consumers to complete basic tasks such as checking their bank balance or making a payment using just their voice.

There are many exciting opportunities on the horizon for consumers and businesses alike, and financial institutions must be ready to seize them. 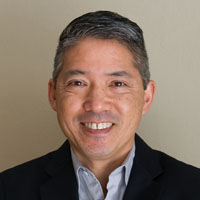