The place of the branch in a mobile-first environment 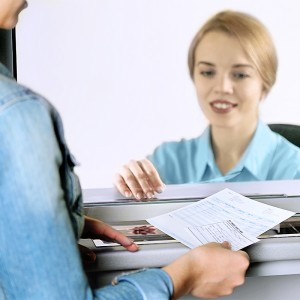 Looking at some of the recent trends in the retail banking sector, you'd be forgiven for thinking that the days of the face-to-face interaction with an in-branch cashier or adviser are on the way out. With the growth of digital banking alternatives, and in particular online and mobile offerings, many more people are now opting for self-service solutions that cut out the traditional branch visit.

But does this mean that there's no place in banks' future strategies for the traditional branch? That's unlikely. Even as more people favor digital solutions for basic day-to-day activities, when it comes to more complex processes, there's still something about the in-branch experience that can't be replicated on a screen. We are now seeing a highly publicised move to merge the physical and digital journeys, with more and more financial institutions recognising that a compelling consumer experience is the key to long term loyalty and business growth.

The era of mobile banking

Several studies recently have suggested that the industry has already reached a 'tipping point', whereby more people interact via mobile than in-branch.

According to January 2016 research by Javelin Strategy, 30 percent of banking customers in the US interacted with a mobile banking app on a weekly basis last year, compared with 24 percent who went into a branch. By 2020, the organisation forecasts more than four out of five people (81 percent) will use mobile solutions to manage their finances, but crucially, not their investment or borrowing strategy.

It's a similar story in other parts of the world. In the UK, for instance, the British Banking Association unveiled similar research last year, which found customers used mobile devices to check their current accounts an estimated 895 million times in 2015 compared with 427 million branch interactions. Meanwhile, large numbers of people in the developing world rely on smartphones as their primary device for all computing activities - including personal finance.

However, just because banks should be focusing more heavily on the mobile channel, this does not mean they can afford to neglect other avenues. Consumers have made it clear that they enjoy having a range of channels to choose from when conducting banking activities and the ability to mix them and move seamlessly from one to another is highly valued. For example, data released last year from Accenture in the US reported that “66 percent of consumers plan to use the branch in the future as often as they do today or more.” For many banks, the task will therefore be to ensure all their channels are connected, leveraging the same personal data to offer the same high level of personalised service. And for many people, while their preferred experience will always be a face-to-face interaction, the demand for convenience means that will increasingly be via virtual technologies, such as video.

In today's environment, this could be a key factor that differentiates the most successful banks from their competitors. As it becomes increasingly obvious to all financial institutions of the need for a mobile presence, simply having an app will no longer be enough to attract customers in what is a highly saturated market. Therefore, it will be how these technology solutions integrate with other channel experiences, such as the branch, that may define success.

Branch is now recognisable as more than just a great siloed experience in brick and mortar – it’s about delivering bankers to customers, wherever and whenever they are needed, because the branch experience is only as good as its people. Giving them new tools to reach and interact with their customers, integrated with the consumer flows for digital, ATM and all other channels is crucial.