The convergence of mobiles and smartphones with the ATM 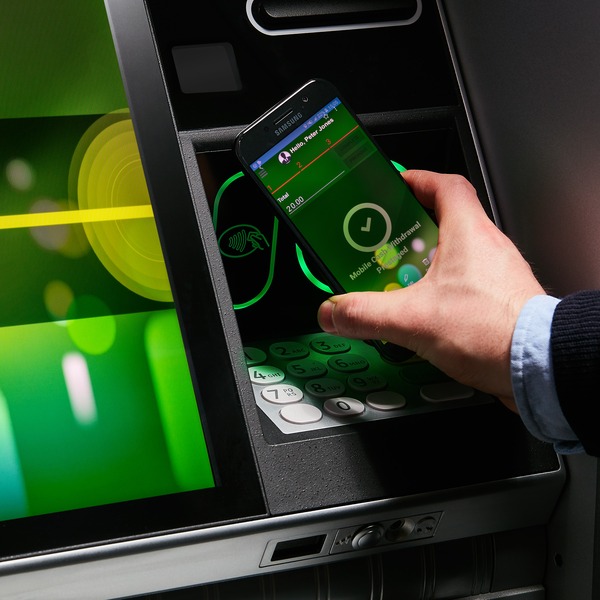 One of the key innovations being introduced to ATMs around the world at the moment is cardless capabilities. Being able to use a mobile app within a smartphone to access cash is seen as a positive step forward in terms of both convenience and security when it comes to interacting with an ATM.

As such, many major banks have rolled out new machines equipped with this technology. However, simply deploying devices with this capability is only half the task. The functionality will be of little use unless customers are aware of it and feel comfortable enough to break their traditional habits and give it a try. So what must be done in order to persuade people to give this technology a try?  The objective being to replace decades of consumer behavior by using a card to initiative a transaction and replace this with a mobile phone.

The issues facing the cardless ATM
One challenge to the successful deployment of these devices - especially in the US - is that the underlying technology is still relatively new and has yet to see widespread adoption. For instance, getting contactless and mobile payments accepted as a standard way of completing transactions will be a task that will play a big role in helping people become comfortable with the idea of using a smartphone as a primary finance tool. Yet while use of the technology is booming in some European markets, this is not yet the case in the US.

NCR's Andy Brown noted earlier this year that the US market's slower take-up of contactless payments may act as a barrier. He said: "You need look at your customers and what stage they're at ... There's not a high take up of contactless - you've probably got to do an educational exercise."

He added that consumers will move in stages, and once they have become used to using contactless cards and mobile devices for payments, they will be happier to move on to the next step, which will be cardless ATMs. This is a pattern that has already been seen in other countries such as Australia, which has successfully rolled out ATMs equipped with NFC technology that can be accessed via users' smartphones.

Helping consumers understand the functionality
What this shows is that banks need to view cardless ATMs as one part of a wider adoption of technology, rather than a single solution they should expect their customers to immediately jump to. Therefore, banks need to have patience with the rollout of this technology and treat it as part of a wider user education program to introduce consumers to the benefits of embracing cardless and mobile technology.

One area where user education especially needs to focus is on reassuring people about the security of cardless ATMs, especially when it comes to accessing them via mobile codes. While there are some obvious security positives associated with these devices, such as the fact they will negate skimming fraud due to removing the need to enter a card into a reader, people will need reassurances that the devices or codes they use to access an ATM without their card can't be spoofed.

Utilizing the biometrics capabilities of the latest generation of smartphones - be this fingerprint recognition or Face ID, for example - is one way to do this, but it shouldn't be solely relied on. Banks still need effective real-time fraud detection systems, along with integrity screeners on ATMs that can detect device spoofers, SIM-swapping and SMS forwarders, or malware. And crucially, customers need to be aware that such systems are in place keeping them safe.

ATM Design and aesthetics is evolving
The design and usability of the ATM is evolving too. Last year, in the 50th year of the ATM, we arguably witnessed its biggest change in terms of design and functionality the industry had seen. The theme of ATM modernization will remain common in the coming years. The replacement of legacy estates is beginning to gain even greater momentum globally and this should help the adoption of cardless user interactions with the ATM as the desire to offer the omni-channel experience grows.  Next generation ATMs like NCR’s SelfServ 80 Series will become an enabler for financial institutions to offer more personalized and tailored services to consumers.