Taking the plunge on a new payment system

Despite the many advances that have been made in the financial sector in recent years and the fact that digitisation is transforming the way the industry works, many financial institutions still remain inherently conservative when it comes to the foundations of how they process payments. In many ways, this is understandable. 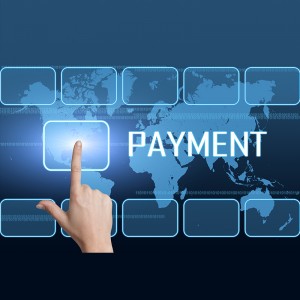 For a large number of banks, there's a prevailing attitude of “if it ain't broke, don't fix it.” The common view is that existing legacy systems have held up well for many years, so there is no real reason for them to change now. But is this necessarily the case? The current transformation in the industry is a huge disruptor and is shaking up many established ways of doing business. Therefore, if banks are to equip themselves for the future, it may be time for them to shake off this complacency and take the plunge on a system that will be more fit for purpose in the years to come.

It was noted in a speech given earlier this year by the Bank of England's Deputy Governor for Markets and Banking, Minouche Shafik, that the payments environment in the UK has completely changed over the last 20 years - partly as a result of regulatory intervention, but also because of huge developments in technology.

"Recent years have seen huge growth in demand for payments services that can be accessed in real time, at any time, in a wide variety of locations through mobile phones and tablets," she said. "The 'electronification' of payments and rise of mobile banking has enabled non-banks to deliver services using existing payments infrastructure, and made it possible for challenger banks to grow without having to build an extensive branch network."

It's not just the UK that must deal with this evolving environment. In many parts of the developing world, for instance, technology is also having an impact as the penetration of devices such as smartphones grows and becomes the primary channel for conducting banking.

Banks must be brave

Moving away from tried and tested solutions will be a big decision for any bank, and it's often one that they're keen to put off for as long as possible. However, while it may be easier in the short term for a financial institution to do nothing and trust in the solutions they have, if they fail to act now, they could end up facing a nasty surprise further down the line. Moving to a new payment system may well be a lengthy and costly process, so it's no wonder organisations aren't keen on it.

But sooner or later, it's an investment that will have to be made if they are to keep pace with the constantly-changing environment. By making that decision early, banks are likely to be in a much better position to respond to future changes in the direction of the payments industry. As the focus continues to move towards fast, anytime payments, flexibility and agility will be key for financial institutions - something they may struggle to meet if they are still reliant on legacy solutions.

Accelerating digital to the delight of customers

How NCR processes and protects your transactions

Merchants and card networks around the world use the NCR...