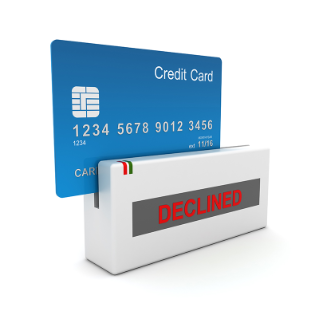 A number of large-scale cyber breaches in recent years have emphasized the importance to card issuers of improving their fraud detection capabilities. According to figures published by the Nilson Report in October 2016, global losses as a result of card fraud reached $21.84 billion in 2015, with the US alone accounting for $8.45 billion of this. By 2020, it forecast that losses in the US could reach $12 billion by 2020.

As nearly three-quarters of these losses (72 percent) were absorbed by issuers, it may not be surprising if banks and other issuers take an increasingly rigid approach to real-time fraud detection in order to block potentially suspicious transactions before they are completed. But an overly aggressive approach to this could do more harm than good, as one new report has warned.

Consumers unlikely to tolerate false declines
One of the biggest risks banks have to consider when implementing a real-time fraud detection program is that of false declines - when a perfectly valid transaction from a legitimate customer is turned down because it sets off red flags in the fraud detection system. There could be a large number of reasons for this, but the result will be the same - frustrated customers unable to complete a purchase and ultimately use an alternate form payment.

The severity of the consequences of this has been highlighted by a recent report from the Aite Group, which noted that many customers will refuse to tolerate such inconveniences and will be prepared to take their business elsewhere.

The report details that more than four out of ten consumers (42 percent) said experiencing a false decline would drive them to leave their banking institution altogether - and younger consumers were found to be particularly likely to abandon a bank that fails to approve a legitimate transaction.

While just 32 percent of baby boomers and 39 percent of Generation Xers would leave, the rises to 59 percent of millennials, which perhaps reflects the differing attitudes to customer experience between the generations.

A growing customer service issue
Aite Group described the problem of false positives as a "double whammy" for both financial institutions and merchants. The study noted that in 2016, around $264 billion in card transactions were lost in the US as a result of false positives, and this is expected to grow to $331 billion by 2018.  What this means is lost revenue for the bank and lost confidence among the bank customers as they use alternative payment forms or leave their institution .

As the card fraud landscape changes, getting the right balance between stringent detection policies and ensuring legitimate customers are not inconvenienced will become more important than ever. The survey highlighted just how consumer expectations are changing as younger people make up a larger proportion of the bank’s customer base. The millennial generation has grown up in an environment where they aren't used to get what they want, and having a transaction declined will clearly be a deal-breaker for many people.

Balancing this essential customer experience need with a more challenging fraud environment should be one of the top priorities for any financial institution in the coming years. Aite Group's survey warned that large-scale card compromises - particularly as a result of malware at POS terminals - have made it much more difficult for card issuers' analytical models to identify fraudulent transactions.

Overhauling traditional approaches to fraud detection and taking advantage of new technologies, such as artificial intelligence and machine learning, will be essential in improving performance and keeping customers happy.