Should banks charge for mobile apps?

Banks may be able to find additional revenue by charging for mobile banking, but is it the right course?This is the question raised by a survey of US banking customers that suggests many would be happy to pay for the convenience of a mobile banking app. 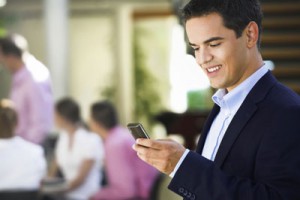 SNL Financial asked more than 4,000 American consumers: “If your bank charged $3 a month to use its mobile bank app, would you pay to keep using the bank app?”

Probably the biggest surprise is that one in four said they would, but the survey broke down the results further.

Bank of America customers are the happiest to pay for mobile (33 percent), compared with just 18 percent for Capital One.

In terms of the customers demographics, it was older millennials - those aged 26-35 - who are the most willing to pay to use a bank app. Generation X - roughly those aged between 36 and 47 - were next on 25 percent. Hardly surprisingly, seniors and baby boomers were the least keen to pay.

But conversely, three-quarters of bank customers across the US would not pay for mobile. And this is in a country where consumers are used to paying fees for a checking account.

But banks don’t necessarily need to charge fees to immediately monetize mobile and get a return on investment from developing an app.

This is because customers who adopt mobile banking increase their balances, decrease their attrition and are more profitable. Recent survey results from the Federal Reserve confirm the positive behavioral effects of mobile banking, such as by depositing funds into an account with a low balance or paying a bill on time.

Raising fees is a risky business - as experience in the UK has shown, once banks move to a free model for a service, customers are unwilling to give it up easily. SNL Financial didn’t ask how likely customers would be to switch if their bank wanted to charge $3 a month; the answer to this would probably tell us a lot more about consumer attitudes.

Banks will need to be creative and find ways to add value with mobile by using it as a mechanism to differentiate themselves. One way can be linking up mobile app functions with an ATM, so customers can pre-stage their transaction or even withdraw cash contactlessly just by using their phone.

Keeping the lights on: is your digital investment in the right area?

Front-end applications for consumers may be important, but...

Omnichannel. You might think you’ve got it because your...